Once upon a time I used to question how and why people get so emotional when a celebrity passes away. Generally you have no real-world connection to the actor or artist. You admire them from afar, watching them on some screen, big or small. How is it that some stranger’s death could affect you so strongly? And then Carrie Fisher died. Our princess died.

And it hit me.

There are currently 540 articles on That Hashtag Show’s website in the Star Wars category. Including this piece, I’ve written 240 of them. To say that Star Wars is a big part of my life is an understatement. I am of the generation that saw Star Wars, before it was relabeled A New Hope, in theaters in 1977. I was barely four years old at the time, but at the ripe old age of four I fell in love with the original Star Wars. More specifically, I fell in love with Princess Leia.

It would obviously take years for me to grow to appreciate not just the character, but Carrie Fisher as an actress, writer, and amazing human being. It was that first exposure though that endeared her to me once and forever. Looking back and watching the original trilogy now it’s impossible not to appreciate the character of Leia Organa, and the woman who portrayed her, for the legend that she was.

Misogynistic fans can complain about Kathleen Kennedy and her so-called “Social Justice Warrior” campaign all they want. I can’t help but laugh at the irony. Have you “met” Leia Organa? There she was, face to face with Darth Vader. He was the most imposing, evil figure any of us kids had ever seen before. And how did she act? Defiantly. Angrily. Strongly. She stood up for herself as a young senator, as a woman, and as a Rebel. Leia wasn’t just a social justice warrior. She was the social justice warrior. She was the archetype for the woman of Star Wars to follow her. Just like Carrier Fisher was for young woman everywhere.

I was blown away when I first read Postcards from the Edge. Carrie Fisher let loose in the novel with visceral honesty and a transparency seldom seen in Hollywood. The loosely autobiographical tome chronicles tales of addiction, familial strife and general issues of life that any one of us could experience. Carrie Fisher wasn’t just Princess Leia. She was one of us. She was a living, breathing, honest to God person. She was relatable, and represented a little bit of all of us.

For nearly forty years Carrier Fisher had been a tangential part of my life. So yes, when she passed away two years ago this very day, her death hit me. It hit me hard. Gone was not only a character that I loved and adored, but a woman I’d grown to adore and admire. No longer would we experience her honestly, her intellect, and her indelible wit. Thankfully, we live in an era of technology that preserves her, in all her glory. We’re able to revisit her, anytime, for all time.

In a little over a year we’ll see her as Leia Organa/Skywalker/Solo one last time in Star Wars: Episode IX. But it won’t be the last time, will it? Because, if you’re like me, you’ll watch her over and over again until she becomes a part of you. Carrier Fisher will forever remind us that life is too short, far too short to be taken too seriously.

We’ll miss you, Carrie. All that you were, and all you’ll forever be. May the Force be with you, always. 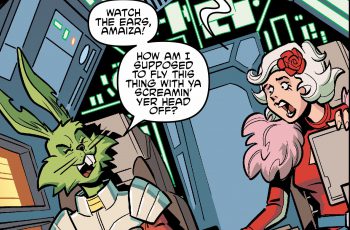 In the world of writing, the Young Adult market is, … 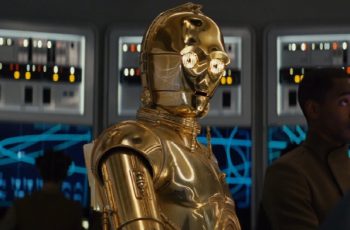 Whereas Mark Hamill claims he’s not going to say any …