It was roughly one year ago that we received word Director Matt Reeves was signed on to direct the next installment of the Batman franchise. Reeves was just coming off his amazing installments to the Planet of the Apes movies. This sounded like great news. The problem is we have heard little since – until now. The Batman finally has a release date as well as some content insight.

If course holds true, we will get our next installment of the caped crusader to hit the big screen on June 25th, 2021 according to Deadline. The life and death of this film has been rumored for months. One report has it shelved. The next report says its still a go. Now we know it is a go.

Its Who You Are Underneath

Another major rumor has been the inclusion or exclusion of the man behind the cowl. Ben Affleck has been donning the cape and cowl for the past several movie appearances, but multiple stints in rehab among other rumors have left his return in question. It now appears as if he is out.

“Excited for #TheBatman in summer 2021 and to see @MattReevesLA vision come to life.”

Reports are Reeves will cast a younger actor as Batman and will go a separate path from the DCEU, if it even exists at this point. DC may in fact be finding its stride by no longer trying to copy Marvel and returning their individual titles set up. Reeves had this to say about connecting to a larger universe:

Warners believes they don’t have to try to develop a giant slate that has to have all the plans for how it’s going to connect. What they need to try and do is make good movies with these characters.

Reeves went on to talk about his vision of the film and what he wants to do with it, namely bring us a Caped Crusader we have yet to experience:

“It’s very much a point of view-driven, noir Batman tale. It’s told very squarely on his shoulders, and I hope it’s going to be a story that will be thrilling but also emotional. It’s more Batman in his detective mode than we’ve seen in the films. The comics have a history of that. He’s supposed to be the world’s greatest detective, and that’s not necessarily been a part of what the movies have been. I’d love this to be one where when we go on that journey of tracking down the criminals and trying to solve a crime, it’s going to allow his character to have an arc so that he can go through a transformation.”

This sounds to be a most unique film. Reeves also talked about it being a movie that will feature multiple villains out of Batman’s rogue gallery. This may not be a film or trilogy vs a single enemy so much as Batman on a mission that happens to cross paths with multiple villains in the process.

Reeves admitted he did not know what the final title of the film would be, but that for now they were going with The Batman.

The exciting thing about this news is it lines right up with everything Matt Reeves has been saying since he signed onto the project. Delays have not been about the future of the film or if it is happening. It has been more a case of working through the active projects until its spot opened up, which it now has.

After seeing his work with the Apes franchise, I can’t wait to see what he can do with the Bat-verse! 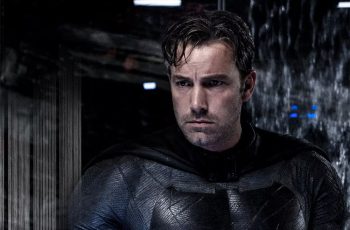 Ben Affleck confirms that the Matt Reeves-helmed The Batman production … 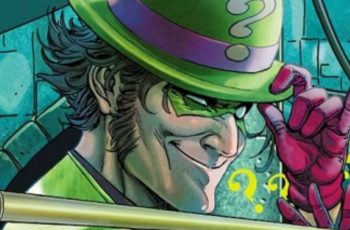 Variety is reporting that Paul Dano is in talks to …