I recently was finally able to become a member of the online community that is “Star Wars: The Old Republic“, an MMORPG set in the Star Wars Universe. Going into it’s 9th year, the SWTOR game has evolved quite some, especially from what I’ve heard from the players in the game. I unfortunately was not able to enjoy the game from it’s beginning days. Nevertheless, also from what I’ve heard, it’s only gotten better over the years.

A lot of MMORPG’s, ala “WoW”, are sometimes unforgiving and a little less user friendly than others. SWTOR over the years has graduated into a version that is definitely easier to traverse. Yes, it is an online rpg. And yes grouping is definitely a good way to level and advance. However, you can definitely play through most of the game solo, if that’s how you prefer to play. There are guilds of course, and group missions, flashpoints (dungeons), and everything an MMORPG offers. Still, I’ve managed to level to 54 so far, probably spending a lot of the time just soloing missions and “heroics”.

SWTOR: so much to offer

But there is so much to enjoy in this game, I mean, it’s Star Wars. Set many, many years before the Star Wars universe as we know it, SWTOR offers thousands of new characters, new and familiar locations, mounts, vehicles, character customizations, crafting, flashpoints, great storytelling, excellent voice and character acting, and endless hours of gameplay. You can choose to play the Light Side or The Dark Side, a Jedi or a Sith. You can also play as a bounty hunter, and there are many other options. The game offers so much, it is one of the top MMORPG’s out there. Frankly, it’s even better then that one over in Azeroth, if you want my honest opinion.

So if you were a former player, now is the time to return to SWTOR. If you are a first time player, like myself, now is the time to join. It will definitely keep the true die hards happy, knowing we finally have a new, good, single player Star Wars game coming out soon as well. But for those of you who enjoy both everything Star Wars, and the MMO community of games and gamers, I would 100% recommend this game to you.

And as always..MAY THE FORCE BE WITH YOU!! 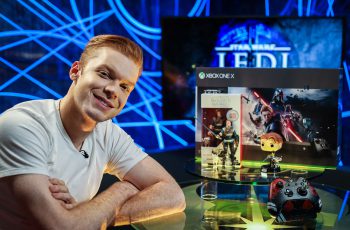 Star Wars is secretive when in production. So much that … 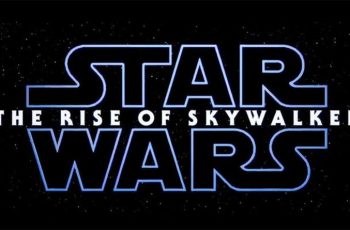 Star Wars: The Rise Of Skywalker hits theaters in four …