NO SPOILERS IN ARTICLE. LINK IS BELOW.

This is to be taken with a massive, and I mean massive grain of salt. A reddit user by the name of JediPaxis has sources that have fed him the basic plot outline for Rise of Skywalker. Normally I would say that receiving news from a Reddit user would be a journalistic death. But this one has a different set of circumstances. Around the same time in the release window for The Last Jedi, similar reports of plot outlines that people disregarded ended up being true.

Multiple people on the subreddit and outside of it have vouched for JediPaxis on his validity and scrutiny of other leaks about the previous films. Previous leaks match up similarly to this one.

I’ll avoid going into spoilers for this article because that would be awful. But if you’re brave enough, you can see the document itself here. The user has been a reputable member of the Star Wars Leaks subreddit.

The basic outline of the post, spoiler free of course, tells us the plot of Rise of Skywalker. The plot of the film with some gaps in between events, so it’s clear that he’s getting it from multiple sources here. Those sources are unnamed and I have no sources from inside Disney about this. He goes on about: who Rey’s parents are, if they matter or not, the relationship between Rey and Kylo, the role that Luke and Leia play in the film, the Dark Rey imagery, what C3P0’s red eyes mean, down to the role that Keri Russell plays in the film.

If this were to be 100% true, even 75% true, this would be a massive leak coming out of Disney. The film releases in December and people would know the plot of the film this early. It won’t be stopping me from seeing it and it shouldn’t stop you either. Previous leaks about the plot of the movie seem to match up here as well. Including the supposed ending that they’re talking about.

Once again, I’ll have to say that you should not view this if you don’t want the film even possibly spoiled for you. As reputable as a Reddit User can be, this may be smoke and mirrors. It also could be something hugely important for Star Wars fans. This time in a film’s life cycle, everyone is desperate for information. It doesn’t go over the whole entire plot, but the basic points are there. The basic secrets are there.

There are gaps in the report. Events aren’t put together perfectly like a puzzle piece, so this doesn’t seem to be some fan writing fan fiction. More importantly, you should go see the movie for yourself if this spoiler is true or false. I’ll say that this is somewhat likely to be true. I’m not a big user of the various Star Wars subreddits, but there has been some good information to come out of them before like mentioned about The Last Jedi. Star Wars fans will have to wait and see on this one when the film drops on December 20th. We’ll update this story as we get more information.

For more Rise of Skywalker and other general pop culture information, check back to That Hashtag Show for more information and reviews. 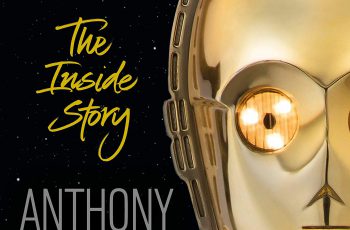 Recently, actor Anthony Daniels talked with Variety about his 40 …
Twitter Once Again Makes News You have to love Twitter.  …