Immediately following a gig in 1973, three bandmates went straight to the cheapest studio they could find in Toronto and cut their first album. At this time, the band was Geddy Lee, Alex Lifeson and John Rutsey, and they called themselves Rush.

“The first stab at the album was done in eight hours following a gig. We were warmed up after the show, and it came very easy. Then it was re-cut in November in about three days, including mixing time. We were lucky in that most of the songs came in two or three takes.”

That first album, simply self-titled Rush, came out in March of 1974. Rutsey left after that album due to illness, making room to bring in Neil Peart on drums. Then, three weeks later, the trio performed live for the first time together at the Pittsburgh Civic Arena, opening for Manfred Mann and Uriah Heep. Now, 40 years and 33 albums later, That Hashtag Show takes a look back at the 3rd-highest multi-gold and platinum band in the history of rock and roll (24 gold and 14 platinum).

In 1968, Geddy Lee first took the stage as part of Rush at the behest of his childhood friend, Rush guitarist Alex Lifeson. From there, he became one of the most recognizable front men and bassists in rock and roll. His play style is often replicated but never duplicated, inspiring bass players world wide for over four decades. Lee would take on composing duties for Rush, creating some of the most amazing progressive rock tracks known to man, all while belting out the tunes as lead vocal and sometimes playing keyboard at the same time with his feet.

In 2015, Rush played their final tour but that didn’t stop Lee from getting into a new project, his 408-page opus to his instrument of choice, the bass guitar, titled The Big Beautiful Book of Bass. The book came out in 2018 and has become a best-seller in books on music. Since then, he’s been on a world-wide book signing tour. When he came to Nashville, my hometown newspaper, The Tennessean, caught up with him to ask about life after Rush and what he misses about the band:

“I miss playing with my band mates, who I played with for over 40 years, that’s for sure. I don’t miss the gut-wrenching part of it and I don’t’ miss the wear-and-tear on my body. But, of course, I had a very unique relationship in Rush and these guys were my friends for over 40 years and to make music with your friends is a blessing of a different kind. It’s a wonderful thing. I do miss that.”

Co-founder of Rush, along with childhood friend Geddy Lee and John Rutsey, Alex Lifeson got his start in show business in a Canadian documentary, depicting him having an argument with his parents over the merits of dropping out of school to become a professional guitar player. Well, even if he didn’t win the argument, the results (in his case) speak for themselves. Lifeson went on to be lead guitar for Rush, also playing mandolin, Bouzouki, bass pedals synths, keyboards, and mandola. Oh, and he does backing vocals, too!

Lifeson makes his living on unorthodox chord structures, signature riffs, and an unlimited arsenal of electronic effects and processing. That’s why they call him “The Musical Scientist”. He can burn up the fret board either with searing solos or melodic rhythm at any moment, and sometimes one after the other in the same song. He’s also been voted the #3 best guitarist in the world by Guitar World magazine reader’s polls and is in the Top 100 Greatest Guitarists of All Time from Rolling Stone magazine.

“When I sit down and play guitar, I melt into the instrument. I can play for hours by myself. Playing guitar has given me such a wonderful life and I am grateful for it.”

Nicknamed “The Professor”, Neil Peart can not only wield drum sticks mightily (c’mon… 9+ minute drum solos are pretty mighty!), but wields an even mightier pen. Peart is responsible for the lion’s share of Rush’s literary-themed lyrics, beginning with Fly by Night, and still chugging along to this day. Peart has also written multiple books on travel, with Ghost Rider being a best-seller about his personal journey to overcome family tragedy.

On stage, Neil Peart is a drumming machine. If you take a look at his drum kit below from the R40 Tour, it’s easy to see how hard this man works to put on a show, and that’s not his biggest or most intricate kit. One thing that stands out like a beacon about Peart is his humanity and his humility. He’s a very private guy, rarely granting interviews. In one, however, on a Canadian TV show, he talks about his way of handling fame and being called a celebrity. Hearing him speak about it this way, it’s impossible not to become a fan:

“Constantly having to earn it (fame and celebrity) is a good motivation for it. You know, I don’t just take for granted that people admire what we do, so whatever we do, they’ll admire. No… every audience—I feel like we have to earn them, that we have to earn their dedication; their expenditure of time, energy and money to be there. Every single time.”

Something that makes Rush stand the test of time and different from other rock bands is the lack of drama. They’ve only changed members once, and these three are genuine friends. If they weren’t on stage together melting off the crowds faces with their music, you’d see them together at a hockey game or a restaurant or something, hamming it up just like they do in their shows. When you see them on stage, they genuinely love being there. Neil Peart had a great quote in the interview I mentioned above where he said there is no democracy in a 3-piece band. There is never a 2-against-1 scenario. We talk things out and arrive at unanimous decisions. What rock band does that anymore?!

Over the next few weeks, we’ll review each album in this storied band’s rock career, highlighting the highs and lows, sharing stories and peeling back the layers on this talented trio’s 40 years of touring, making music and entertaining fans around the globe. We’ll cover their early days, from opening for KISS and Aerosmith, to their final tour of 2015. Sit back, relax, and get ready to have your senses taken to the max. Ladies and gentlemen, here comes 40 years of Rush! 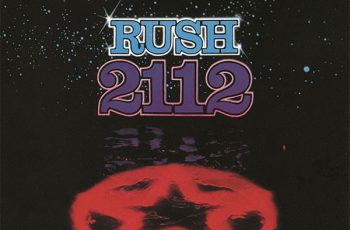 After Caress of Steel met with mixed critical review and …