What a couple of years for Rian Johnson.  His Star Wars movie carried the least controversy and problems of any of the new films, yet it divided the fan base like no other.  Rian battles with trolls about his visions of the film and its quality.  Then this fall came his first project since the schism – Knives Out.  Rian proved himself by creating a wonderfully complex who-done-it movie.  Now Rian Johnson scores an Oscar nod for original screen play for Knives Out.

Every Star Wars movie in the Disney era, save Johnson’s, became disasters during production.  Directors quitting or being fired, trouble in the editing room, or just plain disagreements surfacing.  During the filming of Last Jedi, not a single word slipped out saying there were any issues during filming.  Critics during early screenings lauded the film as one of the best, yet when it reached “fans” Johnson may as well have “Holdo Maneuvered” the fan base.  The Last Jedi ripped the Star Wars fan base apart and turned it into one of the worst, most vile fan communities in existence.  Did Rian Johnson miss the mark, or was it just to different?

Knives Out on top of his previous hits like Looper suggest the quality existed, but fans and Johnson simply saw things differently.  Knives Out not only garnered critic wide praise but audiences as well.  Johnson took a very hard genre and made a masterpiece.  As great as the acting was in Knives Out, it would have been minimized had Rian Johnson not done such an excellent job scripting the movie.  He fittingly received recognition for the project and already received a green light for a sequel within weeks of release.

Can Johnson win the Oscar this year?  Odds would say no.  The heavy favorites would have to be 1917 or the Tarantino film Once Upon a Time in Hollywood, but the awards this year do not center on a single film so far.  Stranger things have happened during awards seasons.

Next up Rian will most likely write and direct the next Knives Out sequel following lead sleuth Benoit Blanc.  Johnson told Variety the sky’s the limit because he is not trying to make the next Agatha Christie.  It will center on the next case, not the character mythos.

Rian still maintains he talks with Disney.  Rumor in the early days of Last Jedi suggested Rian would lead and create a new trilogy for the Star Wars franchise, but official word remains silent and elusive.  In a series without preconceived notions about characters and plots, imagine the uniqueness and mind bending turns Johnson could play with.

It’s become the norm ever since Disney purchased Star Wars … 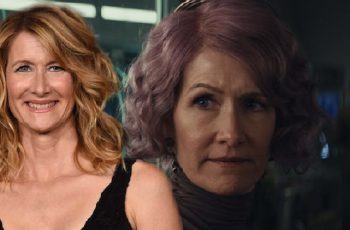 Laura Dern is an accomplished actress, of that there is …