When it first hit theaters way back in 1977, the original Star Wars was something to behold. In fact, the film took home (among several others) the 1978 Oscar for Best Visual Effects. That was due in large part to the foresight of George Lucas. He knew Star Wars had to be spectacular. That’s why, in 1975, he formed Industrial Light & Magic to create the film’s visual effects. ILM’s stunning work is up for another Oscar this year, forty-two years after the company received its first award.  Even the behind-the scenes footage of The Rise of Skywalker visual effects is something to behold.

In an exclusive to Vanity Fair, Lucasfilm and ILM released a sneak peek into the efforts that went in to the Rise of Skywalker visual effects. One of the biggest challenges of the film was ensuring that footage of the late Carrie Fisher fit into Episode IX seamlessly:

When you watch the movie you just want to believe that Carrie’s there, and it’s just completely natural within the scene. Basing it around the performances that she’d given us previously was the key. As you saw in the movie, and as you can see in this behind-the-scenes footage, ILM achieved the goal flawlessly.”

ILM and The Rise of Skywalker visual effects

As with any film of this epic a scale, it’s imperative that the practical effects blend seamlessly with the visual. From the desert scenes on Pasaana, to the epic space battle, to Luke and Leia training on Endor, no detail was missed. That included the use of over 133,700,000 gallons of simulated water “…to surround the lightsaber duel with a raging sea.”  Likewise, the Rise of Skywalker visual effects required Herculean physical efforts from the actors and their stunt performers. Case in point: this leap on a wire from Daisy Ridley’s stunt double Katie McDonnell.

Say what you will about the film, but there is no question that the Rise of Skywalker visual effects were deserving of an Oscar nod. Let’s hope they win. 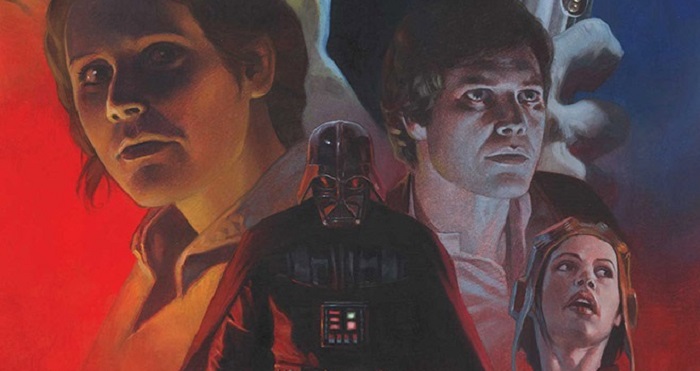