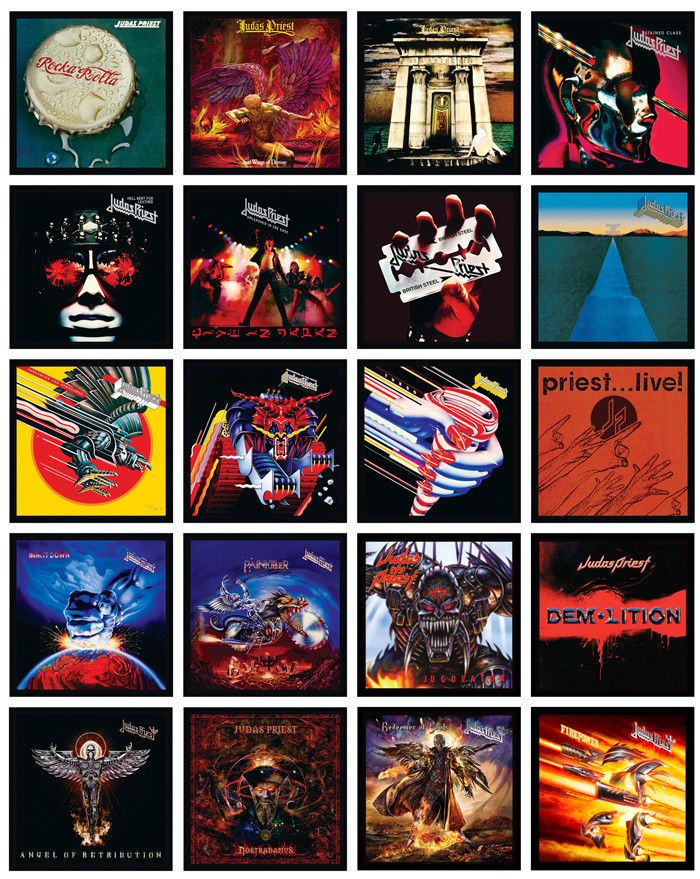 I started Judas Priest-A-Thon around a month ago. Over that time, I’ve written more than 60,000 words on Judas Priest. I reviewed every album, from front to back. Today, after all that work, we’re going to rank the albums. It’s going to be easy for the ones I don’t like as much, and it’s going to be like pulling teeth for the albums that I love. This list is sure to piss off someone, especially fans of Killing Machine/Hell Bent For Leather or Point Of Entry. But remember, it’s my list. You can agree or disagree with anything I put here, but that’s the beauty of heavy metal and Judas Priest. Everyone has different tastes.

I love Turbo, but dislike Rocka Rolla. I didn’t grow up in the 70s, I grew up in the 90s and 2000s. So my taste for Judas Priest is going to be different. The band’s sound changed over time, but just because you didn’t like that one point in time, doesn’t mean that the whole thing is ruined. There are people out there who like to say “well you’re not a real fan if you like this”. I prefer to say “real fans can enjoy and see everything that a band has done with value”. Iron Maiden’s Blaze Bayley albums are maligned by lots of fans, but those albums kept the band alive, and have value. Same thing with the Ripper Owens albums from the Priest. They might not be up to the same standard as Rob Halford’s albums, but they still have merit to listen to.

From Worst To First, The Best Judas Priest Albums

Without further ado, let’s get to the list. The picture above shows two live albums from the band, Unleashed In The East and Priest…Live!. I didn’t review these albums, but maybe that’ll come for another day. This is the ranking of the eighteen studio albums by Judas Priest with all of my reviews attached. Here’s the total list first.

We’ll go through each album and I’ll give the best track and my most underrated track for each of them.

Rocka Rolla was the first album for Judas Priest, but it doesn’t exactly feel like a Judas Priest record. It was plagued by bad production, but it’s a building block for what came after.

Underrated Track: “Run Of The Mill”

Jugulator was the first album post-Rob Halford, so naturally it was going to be a change for the band. Ripper Owens performs admirably, but the music suffers from the time period and the groove metal influence.

Point Of Entry was what happened when the record label pushed Judas Priest to make a more commercial sounding record after the success of British Steel. It was bland, generic, and took the worst from the previous album. It has some good tracks, but some of the others are embarassing.

Best track: “Heading Out To The Highway”

Demolition was the second of the two Ripper Owens albums. It didn’t suffer from the groove metal stylings of Jugulator, but it wasn’t a great album either. It needed to be shorter, and cut down. Demolition definitely isn’t as bad as some say though.

Nostradamus was a concept album that suffers from being incredibly long, and the thing that all concept albums suffer from. If you take it part by part, it doesn’t work as well as if you sit down and listen to the whole thing.

This is probably the most controversial of all my choices, unless you hate Turbo. This album has a reputation for being better than it is. The title track and album art are iconic. But a lot of the songs are not great on this one. This was British Steel .05.

Ram It Down was half songs that didn’t make Turbo and halfway to Painkiller. I really like this album for what it is, but some of the songs are just flat out terrible like “Monsters of Rock” which is in the running for worst Judas Priest song ever.

Turbo is probably the most divisive album among Judas Priest fans. The album was a departure from their classic sound in a major way. I really enjoy this album for what it is, and it’s got some major underated tracks on it.

This was the first album released after the departure of KK Downing from the band (remember folks, he’s an asshole and HE left Judas Priest). It was a return to form for the band, while many say that the production on the album is subpar, the music is fantastic.

This album was a long-time coming for the band. Rob Halford had returned to the fold and it was high time for a new Judas Priest record. Luckily they didn’t go the way of KISS or other bands that reunited for the money, and they made a fantastic album.

Sad Wings Of Destiny was what Rocka Rolla should have been. With better production, better songs, and more in line with the Judas Priest sound, this album is fantastic and the perfect way to start off Judas Priest.

6. Defenders Of The Faith

Defenders Of The Faith was the culmination of Judas Priest’s 1980’s metal sound, it continued the amazing Screaming For Vengeance, but in a similar way. The album evokes all that it is, to be heavy metal. It’s a testament to the rest of the Judas Priest catalog, that this album is at number six.

British Steel is as classic as they come. This is the album that really put Judas Priest on the map across the world. It’s a landmark album in the history of heavy metal, but I personally feel like the four albums ahead of it are better. It’s like splitting hairs at this point though.

Underrated Song: “You Don’t Have To Be Old To Be Wise”, “Steeler”

Firepower is the most recent Judas Priest album, but it definitely belongs in this company. It was a revelation that showed the resilience of the band and of Glenn Tipton. It would have been easy for them to crap out some horrible album and call it a day, but they poured their heart and soul into this one.

Stained Class is the finest of the 70’s Judas Priest albums. It completed their full transformation into a heavy metal band, and the album still showed those remnants of fantasy and hugely dark themes. It’s wonderfully heavy and hard for a time where that kind of music was in short supply. This might be the single most influential heavy metal album of all time.

Best Song: “Beyond The Realms Of Death”

This is the album that catapulted Judas Priest into the stratosphere in regards to popularity, sales, and just sheer metal ability. It was the first Judas Priest album I sat down and listened to all the way through. It contains what could be their greatest hit as a band, and it barely made the tracklist. There’s not much to be said about this album, other than, it’s perfect.

Painkiller is the quintessential Judas Priest and maybe heavy metal album of all time. The record bleeds and screams the pure essence of heavy metal. If you want to teach someone what heavy metal is, give them this album. It’s beyond perfect and a shining example of heavy metal thunder. Whatever accolades this album gets are well deserved.

The End Of Judas Priest-A-Thon…For Now

Without them, we wouldn’t have countless other bands that we love. They went on one of the longest, and most storied, runs in music history from 1976-1990. There’s no band out there that has a peak that long, that made that many good albums. Oh and then they came back and made three fantastic albums after Rob Halford came back. Nostradamus isn’t a miss on that part, but it requires a different mindset to listen to fully.

This was a pleasure for me to do, and I hope you all enjoyed it.

From me to you, rock hard, ride free, and always, defend that heavy metal faith. 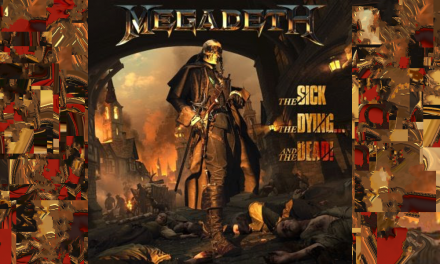 Megadeth Unveil ‘The Sick, The Dying… And The Dead’ Their Highly Anticipated New Album 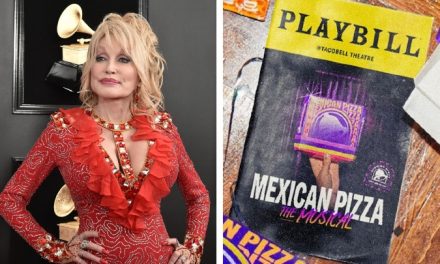 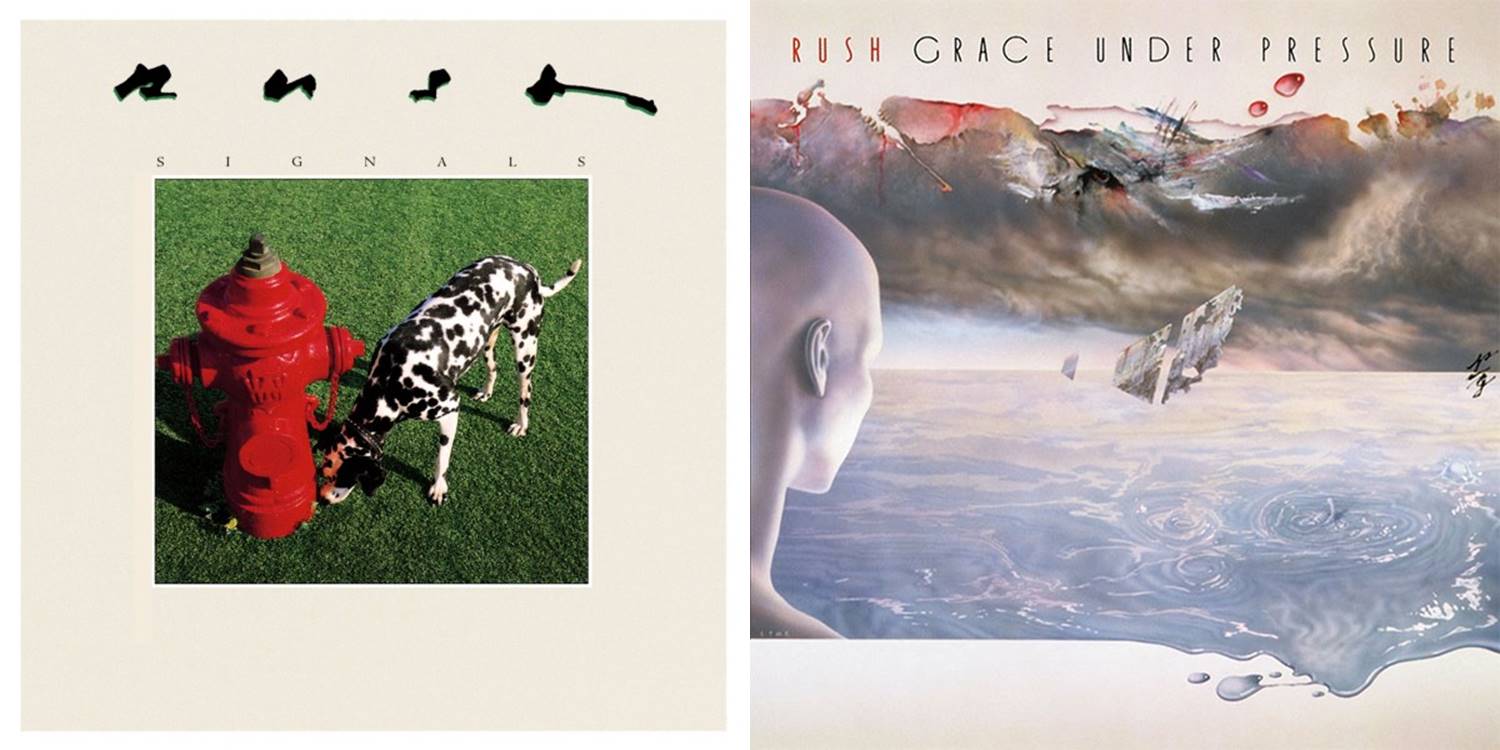 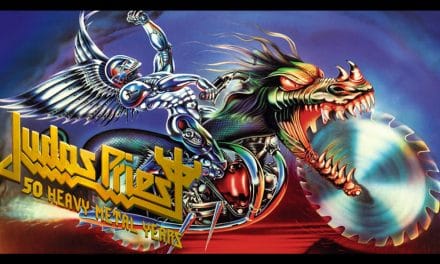