THS Fright-A-Thon: How To Survive A Horror Movie Book Review 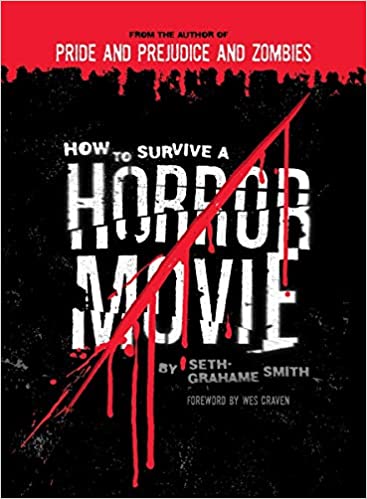 It might have come out all the way in 2007, but the book How To Survive A Horror Movie by Seth Grahame Smith was hugely formative on my love of horror films. Let’s flashback to my 7th grade year. I didn’t know jack shit about horror movies. I was terrified of The Exorcist after my sister made me watch it when I was seven years old. Freddy Krueger still scared me more than anything else. And I couldn’t stand to hear the Friday the 13th, “Jason noise”. So what made me want to read How To Survive A Horror Movie? Well I wanted to get over those fears and know how to beat these slasher, demons, and other supernatural beings.

Plus, the cover having a bunch of guts on it was a plus.

My copy is well worn, with a crease on the front cover, probably from falling asleep on it. For a good six months to a year, this was my bible. It’s not a large book, and only clocks in at 175 pages, but it’s pretty dense with material. Now, I’m not going to go into the literary merits of actually writing a survival guide on how to deal with horror movie monsters and villains, but it’s still a damn good read to this day. If Randy (Jamie Kennedy) wrote a book about how to survive in Scream, it might be this one. Also, funnily enough, one of the four true masters of horror, Wes Craven wrote the forward for the book.

If It’s Got The Wes Craven Seal Of Approval, Then You’ve Got My Money

By writing the forward for the book, I mean, an apology for the book. The opening is titled “An Apology From Wes Craven”. Set in a universe where all horror movies reside, titled the “Terrorverse”, the book gives you all the rules that you need to survive. Craven, apologizes to the myriad people he’s led to the slaughter, to be disembowled, beheaded, burned alive, tortured, and more in his films. Sadly, a guide on how to defend against the Terrorverse isn’t enough according to Craven. As he puts it:

No matter what I do, no matter how much of a head start I give them, it seems my characters always end up on the wrong end of a long knife. And while I’m happy that someone’s finally written a guide to helping them surive, I wonder how much good it’ll really do.

How To Survive A Horror Movie

Without making this review all about Wes Craven and his films, this book owes a HUGE thanks to the movie Scream. That film gave viewers a look into the rules and trials of horror films. It gave away all the secrets on how to survive horror movies. And at the end of the film, it pays off for Randy and Sidney. It doesn’t pay off more a majority of the characters however. Giving the first page to Wes Craven is a sign of respect and it tells you all you need to know about what’s ahead in the book. Speaking of that, the table of contents should sell you on the book before I do.

The Table Of Contents Sells Itself

The table of contents of How To Survive A Horror Movie goes like this:

Crypt-Ography – Ghosts, Zombies, and The Reanimated

Fangs of Fury – Aliens and Beasts

The Satanic “Versus” – Curses, Demons, and The Devil Himself

The book works in a similar way to The Zombie Survival Guide by Max Brooks. Where that book goes into heavy details about literally anything you would ever need to know about fighting off Zombies, this book takes a more 7th grade textbook feel to the proceedings. You learn a bit about all the aspects of the various ghouls, ghosts, demons, killers, and spirits that you might wind up facing off with in the Terrorverse.

What really makes this book perfect for any type of horror fan is that it takes something that would terrify, let’s say, a 7th grader, and it makes them comedic. Much like later sequels in horror movie franchises, the book is more humorous than scary. It lampoons horror movie tropes and makes them easy to digest. If you’re looking to write a horror movie, this book might be a better resource than most official releases on writing out there. After all, you can’t break the rules of horror. Everyone knows that.

A Truly Landmark Book For This Horror Fan

The long and the short of the book is that it goes through anything that you can imagine would make it to a horror film. Going to space? It has that covered. Are you getting attacked by a killer doll? You know that section is in the book. Are you facing off with the Devil himself? That’s the last section of the book, and oh boy, is it a doozy.

The book assumes that there are certain things that just don’t work in horror movies. You, being a fresh resident of the Terrorverse, should know all the tricks to the trade. Are you in a sticky situation and you need a line that absolutely no one would be able to say in a horror movie, because it’s too intellectually dense? This book has a list of them.

A Personally Influential Book That Every Horror Fan Should Read

As a fan of horror and a former/still scaredy cat, this book was one that shaped my love of the genre. Once you see the absurdity of the horror genre, it quickly becomes something that’s fun and less scary. Sure, you can still be had by the odd jump-scare or atmospheric horror film, but once you know the rules of engagement, you can beat practically anything that the Terrorverse throws at you.

So for all those terrified 7th graders out there, grab a copy of this book, and join the rest of us in the Terrorverse, ready and waiting for anything that could be thrown at you.

For more on horror, slashers, ghouls, ghosts, or any other general pop culture, make sure to check back to That Hashtag Show.

You can buy the book here! 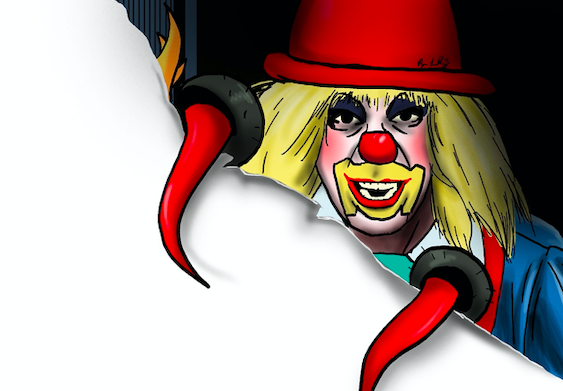 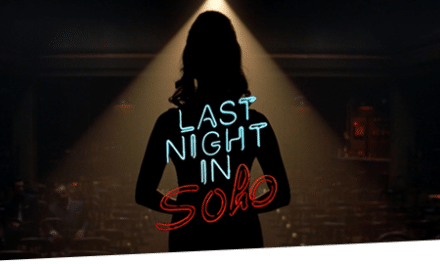 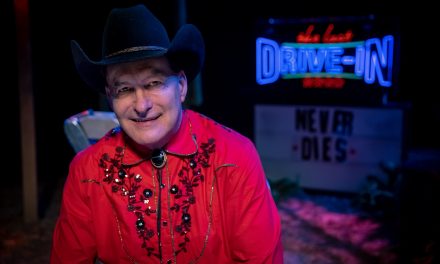 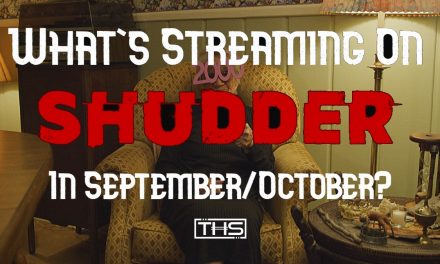 Halloween Eats September With Shudder And “Home For Halloween” Schedule