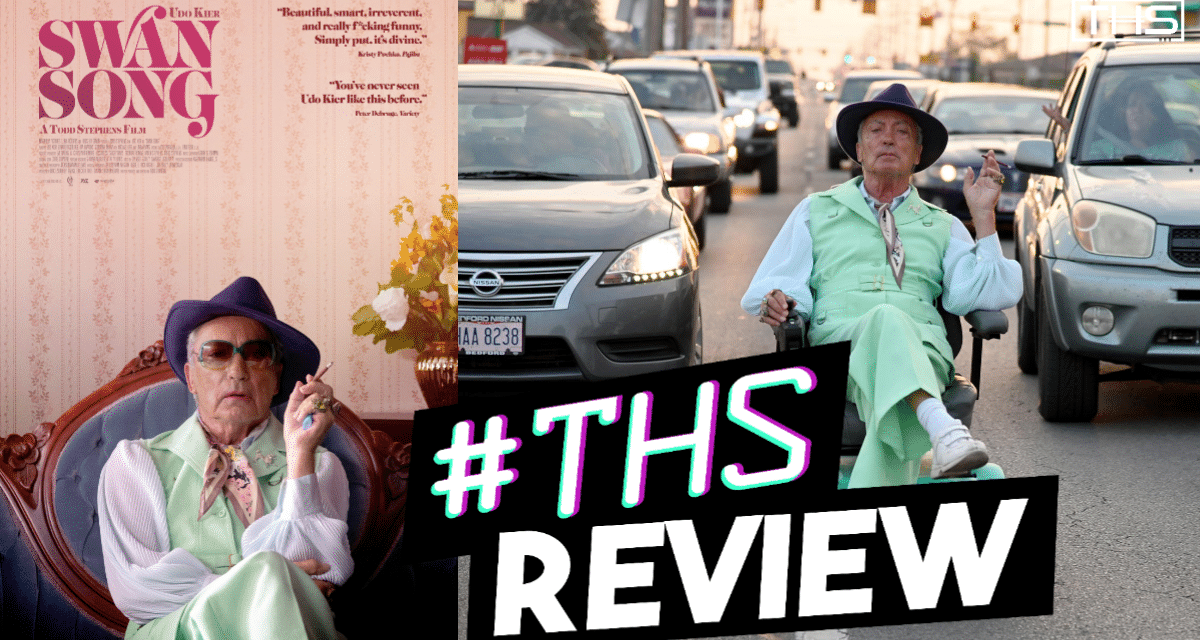 Every once in awhile a movie comes along that changes how you look at yourself. Whether that’s how your tastes change or how you might think of movies in general. The “road movie” as a genre is pretty well-worn at this point, highlighted by movies like The Blues Brothers and Tommy Boy. Swan Song is another movie that fits into that mold, but with one central character setting off on one last journey. It follows that classic story structure almost to a “T”. If you haven’t learned about classic story structure, go educate yourself and watch Star Wars: A New Hope.

This movie takes that structure and like any good movie, tweaks it slightly. Swan Song is based on the real-life story of Pat Pitsenbarger from Sandusky, Ohio. The flamboyant former hairdresser is called to action one last time to style the hair of his greatest client, Rita Parker Sloan. From there, his entire life plays out in the present day and the greatest hits of Pitsenbarger’s life unfold. Udo Kier masterfully plays Pat in a performance that’ll stick with you long, long after the credits roll. It’s a masterclass in various forms of acting. You have subdued moments, energetic moments, moments of hilarity, sadness, and every other emotion in between. Kier doesn’t ever verge into that overacting territory that some others could have done with this character. Everything he does in the movie is for a reason.

Kier is joined by Jennifer Coolidge as his former protégé, Dee Dee Dale and it also stars Linda Evans as Rita, Michael Urie as Dustin (Rita’s grandson), and Tom Bloom as Rita’s lawyer, Mr. Shanrock. They all coalesce around Kier’s titanic performance here though.

A Movie For An Underrepresented Crowd

Think about the landscape of films these days. It’s okay to be queer, gay, lesbian, bisexual, or any other sexual preference out there. We have decent representation (still not enough though) for young people in those areas, but what about older people? This movie is their movie. Older gay representation needed something like this and it doesn’t play being older and gay like a joke. It’s treated right and celebrated like it aught to be.

Director and writer Todd Stephens crafts a movie here that celebrates what it means to be a certain generation and the things that we’re losing from that generation. One scene in particular about how the old guard of gay bars are disappearing is particularly striking between a younger gay man and Pat. It all adds up to an excellently directed and written film that’ll inform and educate people that might not know.

The real crux of this film is not that Pat was gay or that he stuck out in the blue collar Sandusky, Ohio, it’s about the relationships and friends and people that he touched through his life. You’re taken along on his journey to make up one last person’s hair after their death to the places where he used to be a star. Gay bars, hair salons, thrift stores, and more. You see the past collide with the present all over this film.

A Dream-Like Experience All The Way Up To The End

The thread that follows throughout Swan Song is the surreal feeling that guides Pat through the story. Whether it’s his deteriorating health or something else, he has visions of the past and of people that aren’t there. He drinks like a fish and it all culminates in a finale that’s both heartbreaking and revelatory. The journey that gets the audience to that final moment is fantastic and one of the best of the year.

It’s quite a simple story with a heavy hitting meaning. Everything changes, your city changes, your body changes, your life changes, but those relationships you’ve crafted over the years don’t change. Your friends are always your friends. Those people you’ve touched through your life, big and small, they’ll always be with you.

Swan Song was a movie that I didn’t think I would enjoy going into it. I really didn’t. What I ended up with was both an uplifting and powerful film about accepting yourself and your surroundings. The story of Pat Pitsenbarger is one that everyone out there can learn from. I like to tell people out there a quote from Lemmy Kilmister of Motorhead:

You’re never too old to rock.

This movie shares that sentiment and gives you a new outlook on a section of the population that’s very much underrepresented in our film sphere. Swan Song is one of the best films of the year and Udo Kier deserves whatever accolades are coming for him. It’s funny, it’s bittersweet, and it should be a movie that you watch in the year 2021 and beyond.

Summary Swan Song is a surprise hit that's touching, funny, and has one of the best performances of the year from Udo Kier as Pat Pitsenbarger. 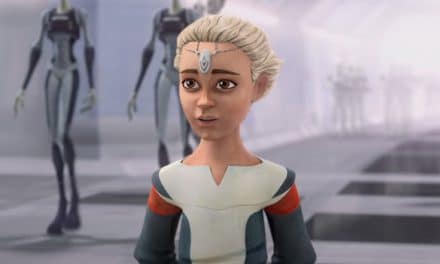 Star Wars: The Bad Batch – An Omega Plot Hole, Or Not? 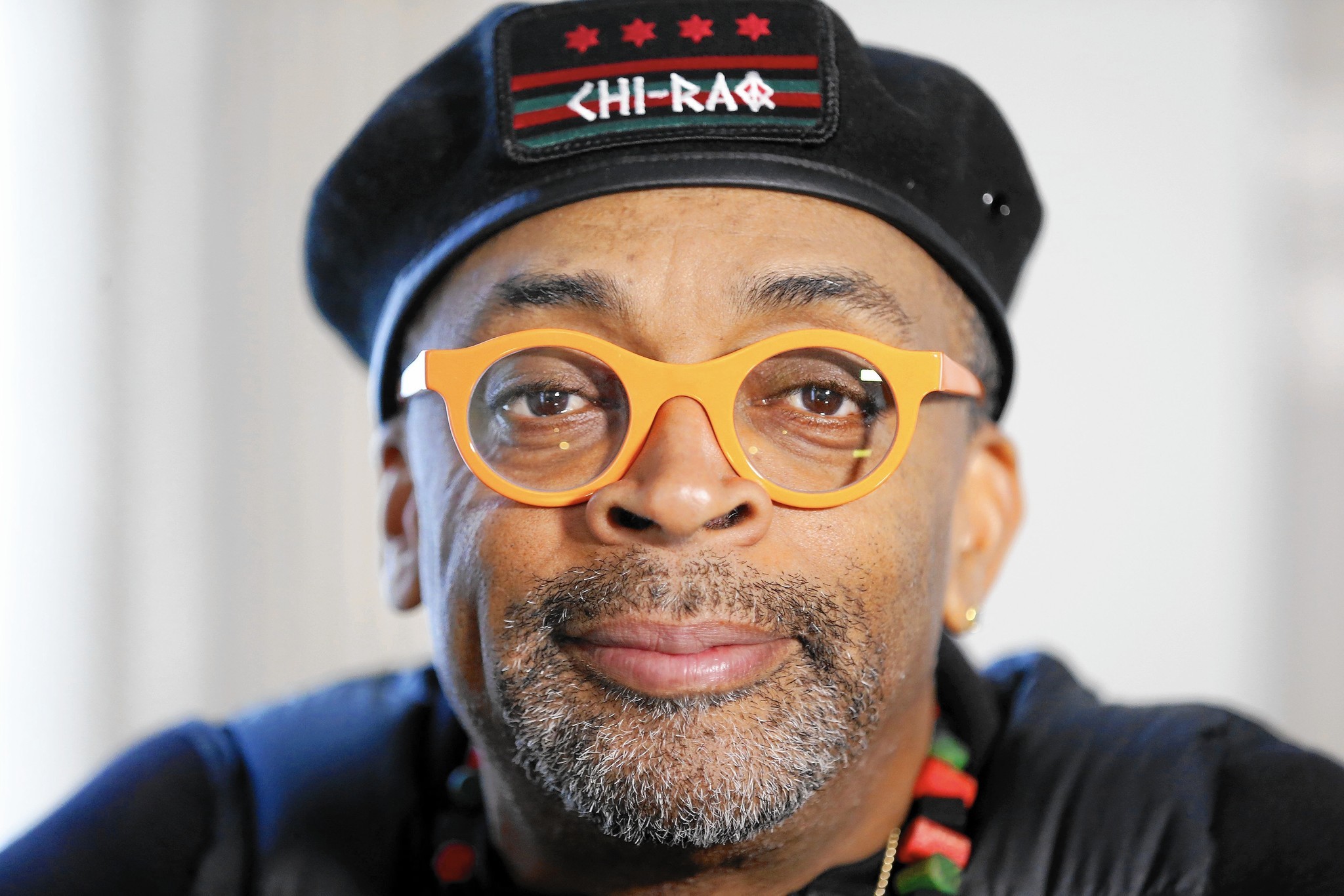 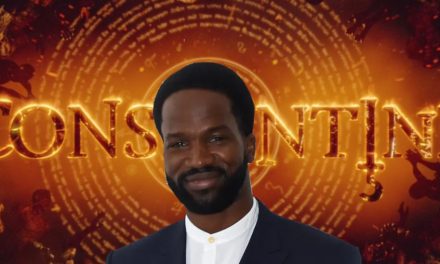