With SOLO: A STAR WARS STORY less than 18 days away, we’re getting more and more details about the film. Well today we actually got the track listing to the score of the film and straight from the composer himself John Powell. While on Instagram he gave us a treat with an image of listing from behind the actual soundtrack art.

Powell went on to say about the score

“In addition to John Williams’ brilliant tune for Han, I got five new themes + many other motifs/riffs joining the Galaxy Far, Far Away in Solo: A Star Wars Story! Now… guess/discuss!”

Summary: During an adventure into a dark criminal underworld, Han Solo meets his future copilot Chewbacca and encounters Lando Calrissian years before joining the Rebellion.

A few tracks have my attention, but not as much as “Lando’s Closet”, which means there is actually a scene where they focus on Lando’s closet! There’s nothing particularly spoilery here, unlike, say, the Phantom Menace soundtrack, which included a track called “The High Council Meeting and Qui-Gon’s Funeral.” But based on the early appearance of the track called “Train Heist” here, it seems the train heist featured in several trailers for the film happens early on. We broke it here first that the Train Heist would be the first big action sequence of the film so it being in the beginning of the soundtrack makes sense.

Dice and Roll sounds like it could be the kessel run sequence of the film by the looks of it. Who knows these songs can even be out of order knowing Disney. As happy as I am that there still is a track from Star Wars maestro John Williams, its nice that Disney is sticking to it’s guns and letting other composers dip there toes in the Star WARS Universe. 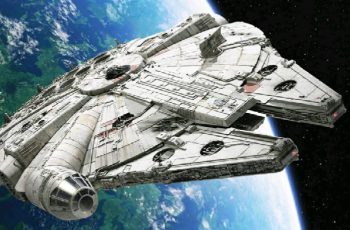 The Star Wars franchise can be a funny thing. Setting …
Star Wars Episode IX is still 14 months away and …