Actress Morena Baccarin is no stranger to the superhero world.  She will be returning to play Deadpool’s girlfriend, Vanessa Carlysle, in this summer’s Deadpool 2.  And she’s playing Doctor Leslie Thompkins on DC’s Gotham tv series.

In a recent interview, Morena Baccarin mentioned her preference for villainy if she played a big screen superhero.  Translated from Portuguee, Baccarin told Cinepop, “I identify more with the villains, Poison Ivy and Catwoman.”  Baccarin isn’t the only one interested in playing those characters.  Mad Max: Fury Road’s Riley Keough has also shown interest in playing Poison Ivy and Legion’s Aubrey Plaza is hoping to land the role of Catwoman.  If Baccarin can’t get those roles, there are plenty of other DC villains she would be perfect for.

Talia al Ghul is the daughter of supervillain Ra’s al Ghul.  Like Catwoman, Talia is a femme fatale that has an on-again off-again romance with Batman.  She is extremely intelligent and versed in many forms of combat.  Talia also secretly bore and raised Batman’s son Damian Wayne, a boy as ruthless as his mother.  Marion Cotillard portrayed the character in The Dark Knight Rises, but Baccarin can definitely make the character her own.

Kristen Wiig signed up to play Wonder Woman’s arch nemesis Cheetah in the upcoming Wonder Woman sequel.  However, Baccarin could play another well-known Wonder Woman villain, Hera, queen of the Greek gods.  In DC’s New 52, Hera turns Wonder Woman’s mother, Hippolyta, to stone and transforms her Amazon sisters into snakes.  Hera is punishing Hippolyta for having a secret affair and child with her husband Zeus.  Their love child is the demi-god Diana, Wonder Woman.  Hera is an over the top villain that an actor could really have fun with and do boldly.

The Justice League is fighting Darkseid in the upcoming DC films.  But before they reach the big boss, the League will have to fight many of his underlings.  Granny Goodness leads the Female Furies, an elite team of soldiers fanatically loyal to Darkseid.  Granny is another role that an actor could go big with.  She is an evil and sadistic character that would be perfect for DC’s dark cinematic universe.

Finally, Green Lantern’s Bleez would another acting challenge that Morena Baccarin could take on.  At first glance, the Red Lantern Bleez is a one-dimensional monster of rage and destruction.  However, Bleez has a cunning mind that plots to control the Red Lanterns and a passion that could be seductive to any hero.  Bleez was an alien princess known for her angelic beauty.  Unfortunately, that fame brought unwanted suitors, Bleez was kidnapped and her family murdered.  Under the torture of her captors, Bleez receives a Red Lantern ring and the angel becomes a raging demon.  Bleez murders her attackers and goes on to travel the galaxy as a fiery arch-angel.

If DC’s not fast, another cinematic franchise could grab Baccarin.  Besides DC and Marvel, comic company Valiant has also thrown their hat into the race. Whether Morena Baccarin takes on any of these roles or not, she will be a great addition to any comic film’s cast. 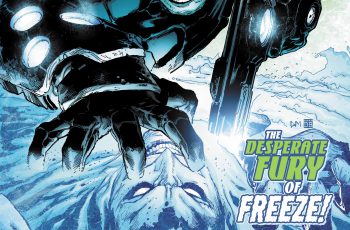 For the past few issues, writers teased the return of … 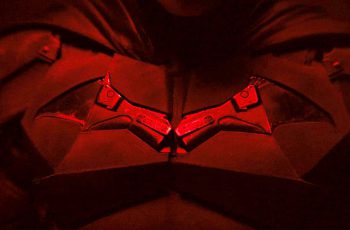