With less than 2 weeks until Star Wars Galatic Nights returning to Disney’s Hollywood Studios, details have emerged for the Galaxy’s Edge panel.

Actor David Collins is hosting the panel with members of the Walt Disney Imagineering team. During the panel, attendees will be finding out what it’s like to bring the epic Star Wars universe to life at the Disney Parks. You’ll get to learn about the Star Wars: Galaxy’s Edge design and development progress, including new details about the land and how Imagineers are creating real-life versions of iconic Star Wars elements.

Attend the “Inside Star Wars: Galaxy’s Edge” panel discussion and you’ll be among the first to…

Attending the panel is:

Actor Warwick Davis will also be returning as the event’s host. You can join Warwick at various appearances throughout the night including a special introduction to the Star Wars: Galaxy’s Edge panel.  As an established film and television actor, Davis is known for his role as Wicket the Ewok in Return of the Jedi, plus other Lucasfilm roles in Ewoks: Battle for Endor and Caravan of Courage. He recently played Wollivan in Star Wars: The Force Awakens, appeared in Star Wars: The Last Jedi and will appear in Solo: A Star Wars Story. And when guests leave the event, they will also receive the final set of the Star Wars: Galaxy’s Edge trading cards. 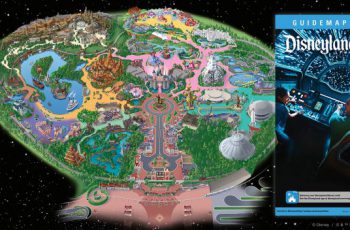 Disneyland is about to get busy with Star Wars: Galaxy’s … 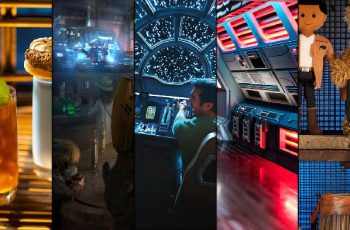 Star Wars fans are getting more and more excited as …