The sixth season of the DC show that started the Arrowverse on The CW, Arrow, just finished its run this month as Oliver Queen, willingly, went to prison after outing himself as the Green Arrow. TV Line recently teased that two roles are being cast for Arrow Season 7, and we at That Hashtag Show are here to expand upon who is being cast for the upcoming season.

First up, is a new Star City Police Department player who is most likely going to take over the role of Quentin Lance (Paul Blackthorne) as the team’s connection to the police force in Star City. Meet “Jessie Bowden” who the casting department is looking to have a recurring Caucasian 18+-year-old actress play as late teens to early 20s. She is the rookie recruit in the Star City Police Department and is both athletic, comedic, and intelligent. But underneath her youthful attitude, lies a woman who has had enough of vigilantes in Star City and is willing to get rid of them no matter what it takes. Think of her as Buffy Summers, if she was slaying superheroes instead of vampires.

It wouldn’t shock us if “Jessie” is either an original character for the series or based on an incredibly obscure DC character. Now that Quentin has passed away, it makes sense for the team to have another connection to the SCPD besides Dinah Drake (Juliana Harkavy) a.k.a. the Black Canary.  Next up is a new male character who, like “Jessie” is looking to be a major character who may or may not get a series regular deal in a potential eighth season.

Next up is another recurring character in the form of “Daniel Porter”, who they are looking for a Caucasian actor in his mid-30s. He is an intelligent and homosexual technological entrepreneur whose creativity has given him a huge success as a businessman. But having gone through tragic losses in his life is something he hides from the people around him, thus struggling with shaping new relationships with others.

While there are chances that “Daniel” is simply an original character, we still have a DC speculation on which character he could be. For many years, fans have wanted to see Ted Kord a.k.a. one of the Blue Beetles in the DC Universe, given the existence of Kord Industries on Earth-1. We’ve even gotten mentions of Ted a few times without seeing him onscreen.

When Season 3 was casting new roles, they also had a mystery character named “Daniel” who was described quite similarly to this version. That “Daniel”, who was later revealed to be Ray Palmer a.k.a. The Atom (played by Brandon Routh on Legends of Tomorrow), was almost described the same way as this Daniel.

There were heavy speculations that this was going to be Ted before it was revealed that it was Ray. What if this time we’re actually getting Ted? While we’ve seen in the past that Ted has been off-limits for the Arrowverse, it has been a few years now and the rules may be different now. Should this potentially be Ted, it wouldn’t surprise us if they may leave out the Blue Beetle aspect of his character – for now – and having him be gay could potentially mean that Curtis Holt (Echo Kellum) is getting a new love interest.

Last, but not least, we have another mystery female character that could be either an original character or one of these DC female characters with a slight adjustment for the show. Arrow is looking for an actress to fill the role of “Konomi Rhodes”, who is half Japanese as well as half Caucasian somewhere in her late 20s to early 30s. “Konomi” is a formidable fighter who ends ups clashing with the heroes of Star City. Her background consists of being a tactician in the military while also carrying on as a street fighter.

While there is the chance “Konomi” is an original character, we believe this is going to be one of the Longbow Hunters which was name dropped in the Season 6 finale. However, what DC character could “Konomi” potentially be a cover name for?

The first one is someone fans have wanted to see for quite some time and that is the villainous Lady Shiva, a big Birds of Prey baddie. What makes Shiva a potential choice is that her first appearance in the comics was in a Richard Dragon comic so there are already ties between those characters. Arrow fans will remember Kirk Acevedo’s Ricardo Diaz having appeared in this past season and since he survived and mentioned the Longbow Hunters, perhaps this is where Shiva could come in.

The only issue though is that while the character they are casting for is half-Japanese, Shiva is a Chinese character. But that could potentially, should the writers want to, be something that is changed for the TV adaptation, if this is Shiva. The second character “Konomi” could be is Cheshire who Young Justice fans will recognize.

Given the fact that Roy Harper (Colton Haynes) is set to return to Arrow in Season 7 as a full time cast member, it would make sense to bring her in and set her up as a love-interest/villain for our Arsenal. But like with Shiva, this would require a change in Cheshire’s character as she is Vietnamese in the DC lore.

However, we have one final candidate that would shake things up if it was her. Emiko “Emi” Queen was introduced in May 2013 as the half-sister of Oliver Queen. It was revealed that Robert Queen and Shado had some history that led to the birth of Emi. She is currently the Red Arrow in the DC Rebirth series and while Arrow has already dealt with Ollie having one half-sister in Thea Queen (Willa Holland), the former Speedy did exit the show this season.

Having Emi setup as a Longbow Hunter and being forced to take on her half-brother, would make for some compelling storytelling. Regardless of who “Konomi” is, this is most likely one of the Longbow Hunters they are casting for Season 7 which means that we’ll hopefully have more updates soon on who the other two Longbow Hunters may be.

Season 7 is set to start production sometime in July in Vancouver, Canada, along with the rest of the Arrowverse shows. By San Diego Comic-Con, we’ll most likely have news on who these players may be.

But in the meantime, let us know in the comments below who you think these mystery characters may be? Be sure to stay tuned here at That Hashtag Show for everything trending in geek pop culture! 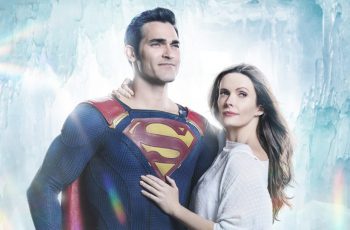 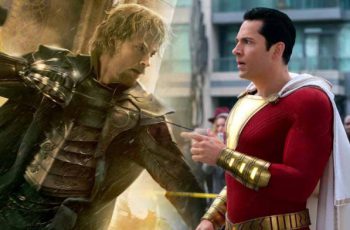 Before Zachary Levi was cast as the DC Comics superhero; …