This is truly a weird time for Star Wars. Solo: A Star Wars Story has done horribly at the box office, losing almost $90 Million. This is unheard of for a Star Wars film. Even the prequels were money makers in the early part of the 2,000’s and never took a loss. On top of Solo bombing, The Last Jedi actress Kelly Marie Tran removed herself from Instagram because of constant harassing from awful Star Wars trolls. With no Star Wars films coming for over a year it’s officially going to be a long time till we get any sort of huge Star Wars news.

Well actually…. don’t worry there are a few things coming. Episode IX, Star Wars Land, another stand alone film and oh yeah that Rian Johnson trilogy! Not much has been mentioned about Johnson’s trilogy only that he has started writing the first of the three films. Well earlier today we finally got some more details regarding the release date. Producer Ram Bergman, who co-produced The Last Jedi with Rian Johnson recently speculated that we may be getting the new trilogy in two years. When asked he said,

“I can’t tell you because we don’t know yet. Maybe in two years; it’s just in the early stages.”

Johnson and Lucasfilm head Kathleen Kennedy have already said that this trilogy would steer away from the Skywalker saga but wold still star Rey, Poe and Finn. But that’s it. I’m sure we will get more details in the upcoming months. Until then we’ll try to bring you all the latest STAR WARS news as it happens.

Star Wars is going back to Yavin… sort of. In … 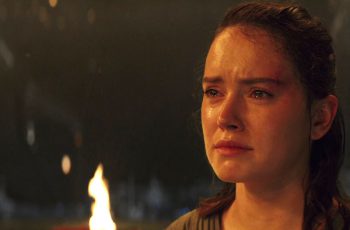 Unlike Star Wars creator George Lucas having a plan for …