Remember after Episode III when George Lucas said that he was done making Star Wars films, and that it should end at six films? Then 2012, Disney decides it would be wise to see if if Lucas would be interested in selling all of Lucasfilm. A cool $4.05 Billion later and the Star Wars brand was back! Kathleen Kennedy was brought in to over see everything and it was soon announced that a new trilogy was coming and in between the Episodes we would get stand alone films. Essentially we were getting a new StaR Wars film a year and STAR WARS fans all over the world were ecstatic.

Since then George Lucas has made a few appearances. He saw The Force Awakens and had a few issues with it, he actually went on the set of The Last Jedi and then became a little more hands on on the set of Solo. Since The LAST JEDI, fans that hated the film screamed for Lucas to return, even going as far as getting a petition together to have him direct episode IX. With Lucas making more and more appearances for Lucasfilm he’s opened up more about ideas he had for future Star Wars films if he was still in charge.

Now Lucas has given in the past a few ideas he had for another trilogy, it wasn’t until he sat down with friend James Cameron as a guest on his new show STORY OF SCIENCE FICTION that Lucas really opened up. In the companion book for Cameron’s series Lucas goes in detail, check out what he said below:

As far as I've seen, these are the first specifics George Lucas has shared about what his vision of Episodes 7-9 would have been. This comes from @insighteditions awesome companion book to "James Cameron's Story of Science Fiction series" on AMC: pic.twitter.com/Wtlw8zlrqv

A microbiotic world? The Whills? So we almost got a trilogy about Midichlorians? Wasn’t enough we had to deal with this in Episode I and II?? This sounds awful and I’m glad he even admits the fans would’ve hated it. After hearing his ideas I really hope this makes those angry fans change their minds about ever bringing the ever powerful George Lucas. 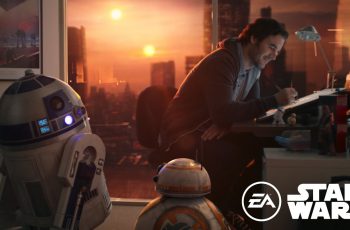 When Disney bought out Star Wars several years ago, it …