The highly anticipated sequel to Pixar’s The Incredibles is finally here.  The film’s director and cast recently spoke at a press conference in Hollywood for The Incredibles 2.  Director Brad Bird explained how production designer Ralph Eggleston created the iconic house in the movie.

After talking about the movie and their experiences, the group took questions from the press.  Director Brad Bird was asked about working with the talented Ralph Eggleston. Bird replied, “Well, I agree with you that Ralph Eggleston is an amazing talent. He came onto the first film when we were just having trouble with the size of it. And he kind of came in and helped Lou Romano out just getting it done, because it was sort of beyond us at that point. We were a smaller studio. And the film was larger than we were.”

The director continued to praise Eggleston and talked about the production designers impact on Incredibles 2.  Bird explained, “He thinks about it in terms of what is going to surprise people. And he’s not afraid to make bold choices. The house that they wound up in, we were kind of working on it. And suddenly he came in one day and we had already put a lot of effort in another house. And we were under a lot of pressure because they took a year off of our schedule.”

“And he said, okay, so I have this idea for the house. And it’s really going to screw things up for everyone including me. But I just have to say it. And here is the idea. The house should not work for them. It should be initially impressive. But then you get in there and everything is wrong for a family.”

“And there’s just these things that are beautiful originally, the water things, they become like this problem. And it’s the wrong house for them. There’s no real place for the baby’s room. And there’s a fireplace in the baby’s room for no reason.”

“And yet, it was right because the house needed to be impressive, but wrong for the family. Because they’re not in a comfortable place yet. They have to find their way there. And that was a way of making the surroundings storytelling. Which is really what good production design is.”

Sarah Vowell, historian, author, journalist, essayist, and Violet’s voice actress, added another anecdote.  She asked Bird, “Wait. Didn’t Ralph say, didn’t he show that part of the movie at some mid-century modern architecture and furniture show? And when the part where the nice mid-century couch falls into the water, all the furniture collectors gasped?”

Bird jokingly answered, “That was made just for them.”  Sophia Bush, new cast member and the voice of young superhero Voyd, added, “I was very impressed by the detailing of the Terrazzo floor.  As a person who loves mid-century architecture, I noticed that.”  Bird responded, “There you go.”

The opening of Pixar Pier at Disney’s California Adventure is … 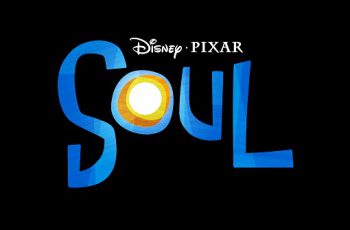 Granted D23 Expo is a Disney showcase event. Fans can …