If you’ve seen Solo: A Star Wars Story, and are, like me, a fan of all things science fiction, you probably felt a sense of familiarity while watching. One criticism of the new Star Wars films has been that they borrow too heavily from their predecessors. Look no further than The Force Awakens and The Last Jedi: an orphan on a desert planet must return a droid to the hidden rebel base, from which they will attack the enemy’s planet-killing super-weapon… and then said orphan trains with a Jedi in exile, before rushing off to face her foe, her training incomplete….

Even Solo: A Star Wars Story is not immune to this phenomenon. It too borrows thematic elements from past works, though in this instance not from within its own universe. Did you feel like you’d seen the train heist scene before? Fans of Joss Whedon’s Firefly may have thought so.

In the first episode of the critically acclaimed yet short-lived series Firefly, entitled The Train Job, a cynical and sarcastic ship’s captain (a scoundrel?) and his rogue’s gallery of a crew rob a train. They do so by flying their spacecraft just above the speeding locomotive while members of the crew on the train secure the cargo to be hauled up and away. The job ultimately goes awry, however, as they do not/cannot keep the cargo. In the process, they anger the party by whom they’d been hired…. Sounds vaguely familiar, doesn’t it? Sure, there are differences, and personally I found the villain Adelai Niska in Firefly far more intimidating than Paul Bettany’s Dryden Vos, but the underlying similarities are certainly there.

For me this begs the question: in a genre that’s been written and rewritten countless times, how do you keep the story telling fresh and unique while telling the same stories? 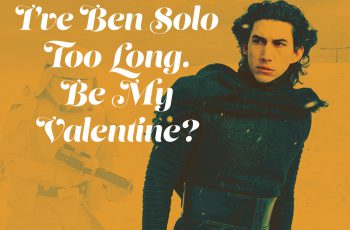 Well its that time of year again where love fills … 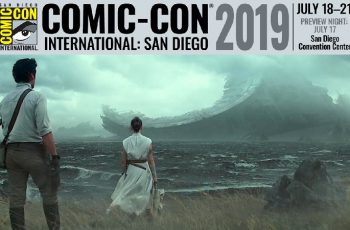 San Diego Comic-Con is usually provides a trove of Star …