Last month, Boba Fett fans rejoiced when the much-rumored film was finally confirmed, with James Mangold (director of Logan) attached to both write and direct. It was largely assumed that Josh Trank’s undisclosed Star Wars film would be focused on Fett, but he was removed from the project and the film was placed on the backburner in 2015. Fortunately, the film appears to be back on track. Unfortunately, it appears filming will not begin any earlier than 2020.

As reported by Omega Underground, Mangold will likely be beginning production of his upcoming film, Ford vs Ferrari, this summer. By the time this project is wrapped up and ready for release, 2020 would be the earliest logical point where Mangold could finally shift his attention to the famed bounty hunter. The bad news is that we may not see this film in theaters until 2021 or 2022…but the good news is that we’ll most likely get to see the Boba Fett movie in either 2021 or 2022!

With upwards of 11 Star Wars movies reportedly in development, there’s a good possibility the Boba Fett film will end up being one of them. Aside from Episode IX, the only other confirmed projects are Rian Johnson’s trilogy and the series from David Benioff and D.B. Weiss (Game of Thrones). The untitled Boba Fett and Obi-Wan projects have yet to be officially confirmed. The aftermath of the release of Solo could, however, dramatically affect the series as the course is plotted for the next few years of the franchise’s future. Still, the demand is certainly there, and fans have been asking for a Boba Fett film for years. With any luck, we’ll be hunkering down in theaters to see the big-screen exploits of everyone’s favorite bounty hunter in just a few short years. 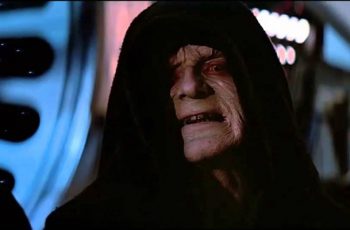 Greetings, Star Wars Fanatics! With the fervor of Star Wars …
Who could Matt Smith Be Playing In Episode IX? With …