Todd Fisher, brother of Carrie Fisher, in promoting his new book, recently indicated that he’d like to see her appear in Star Wars: Episode IX, citing the return of Yoda in Episode VIII, and Obi Wan Kenobi’s presence as a force ghost in Episode V  as examples of actors/characters returning to the saga. This again raises the issues of the utility, and some would argue morality, of bringing deceased actors back to cinematic life via the use of CGI.

There is already precedence for this in the Star Wars franchise, as actor Guy Henry served as the living framework upon which the late, great Peter Cushing was digitally mapped to usher Grand Moff Tarkin’s return to the silver screen in Rogue One: A Star Wars Story.

Peter Cushing, as we know, passed away over two decades ago in 1994. While the recreation was done with the permission of Cushing’s estate, the controversy remains: to borrow and paraphrase from another franchise, “they were so preoccupied with whether they could, they didn’t stop to think if they should.”

Carrie Fisher has also already been digitally recreated, in that same film, using that same process to include a young, New Hope-era Princess Leia in the narrative.

The response to utilizing these two characters was lukewarm, as it was quite obvious to the die-hard and casual fan alike that the characters were digital. As much as it was fun to see Tarkin on screen again, and our young princess, many still question whether it was necessary.

In the instant case, the difference between Yoda’s appearance in Episode VIII (and Sir Alec Guinness’s reprisal of his character in ESB and ROTJ) and Leia’s return is clear: Yoda is a puppet, and Frank Oz, like Guinness, was alive at the time his character reappeared.

Disney and Lucasfilm are already on record as saying that they will not include a digital version of Fisher in Episode IX. What do you think? Should Fisher make a posthumous swan song as Leia one last time?

Top 5 Ways To Watch Star Wars At Home Or … 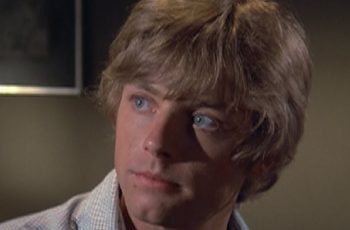 There’s a classic meme floating around the Internet that says …