A variety of sources have told Disney Dining that the gondolas for the new Skyline Transportation system for Walt Disney World are starting to arrive on the property. It was previously announced that the Skyliner would be opening sometime in 2019, so with the arrivals of the gondolas, it feels like we’re getting one step closer to it finally opening.

The new Skyliner is going to have several stations set up at certain locations in the resort. Stops included are International Gateway in the back of Epcot, Disney’s Hollywood Studios, Disney’s Caribbean Beach Resort, and Disney’s Pop Century and Art Of Animation resorts will be sharing a stop, which is over by Hourglass Lake.

The designs for the gondolas look so amazing from the concept art that we have seen. The designs will include lots of fan-favorite characters, and the outside design will make it look like the Dinsey characters are riding in it. I can’t wait for it finally open, and I also can’t wait to see all of the designs of the car. 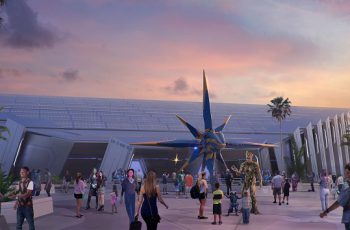 There are so many new and upcoming attractions coming to …