A construction job of that magnitude would require a helluva lot more manpower than the Imperial army had to offer. I’ll bet there were independent contractors working on that thing: plumbers, aluminum siders, roofers…. All of a sudden these left-wing militants blast you with lasers and wipe out everyone within a three-mile radius. You didn’t ask for that. You have no personal politics. You’re just trying to scrape out a living.”

With those few lines of script, Kevin Smith perfectly captured what so many of us thought but couldn’t convey in words. The character Randall Graves gave us this cynical interpretation of the second Death Star’s destruction in Smith’s 1994 cult classic film Clerks, and our love affair with Kevin Smith began.

Sadly, I’m afraid, that bit of script-writing cleverness just maybe all the Star Wars dialogue or direction we get from Smith. Dispelling recent rumors that Smith would play a role in directing future Marvel or Star Wars projects, he tweeted on Tuesday that such rumors were:

[e]asy to deny. The only @starwars or @MarvelStudios movies I’m involved with are the ones I pay to see in theaters. Promise.”

As disappointed as some fans are at his rather emphatic denial, one must admit that there never was any particular basis for the rumors in the first place. Though Smith is an admitted super fan off all things Star Wars and comic books (he did have a show called Comic Book Men, after all), the only real ties Smith has to either genre is the fact that he’s directed three episodes each of DC’s televised versions of The Flash and Supergirl over the last several years.

Plus, if the current state of Star Wars affairs is any indication, directing a franchise film will carry with it an extraordinary amount of stress… not exactly ideal for a man that suffered a massive heart attack in February of this year and is arguably still recovering.

Personally, I’m okay with his decision, for the sake of his health and for the sake of the fans that will continue to benefit from his continued work in other genres. But, Kevin, if you find yourself needing someone to go see Episode IX with you, I’ll buy the popcorn. 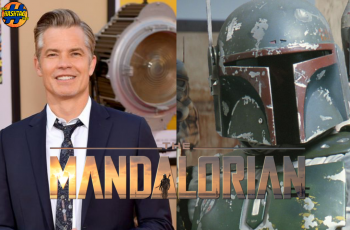 German publishing house Taschen is known for its stunning volumes …