Has Disney fired Kathleen Kennedy? From a certain point of view….

In truth, no, Disney has not fired Kennedy, yet, but the writing is on the wall. One way or another, what once appeared to be an idyllic relationship seems destined to end in divorce.

Though it started off promising, with the nostalgic Force Awakens and acclaimed stand-alone anthology film Rogue One, Kennedy’s tenure as the head of LucasFilm was quickly plagued by missteps, not the least of which was the directorial debacle of hiring Phil Lord and Christopher Miller to initially helm Solo: A Star Wars Story.

Add in the fandom-dividing Last Jedi, marketing mismanagement and a poor box office showing for Solo, and accusations that Kennedy is trying to use the franchise as her own personal vehicle for social justice and, well, you’ve got a recipe for disaster.

What does Disney do, then? If what Beyond the Trailer’s Grace Randolph had to say in a recent video is true, the studio is actively searching for Kennedy’s replacement. According to Randolph, citing an unnamed source within Pinewood Studios, “there was a call, a secret conference call with all the top Star Wars brass in attendance…” during which Disney CEO Bob Iger sought advice on “how to fix this sh*t show. And yes, he does know it’s a sh*t show.”

So what happens next? J.J. Abrams reportedly already turned down the job. As I previously opined here at That Hashtag Show, Rebels front man Dave Filoni’s talents are better suited elsewhere, an opinion with which the studio appears to agree.

The unfortunate truth is that Kennedy has created a toxic environment around her at LucasFilm, dividing the studio between franchise purists and Kennedy loyalists with a chasm almost as wide if not wider than the one The Last Jedi forged through the middle of Star Wars fandom. Anyone qualified to take over LucasFilm is understandably reluctant to step into that situation, leaving Iger and Disney wringing their hands.

Sadly, unless and until the Kennedy conundrum is resolved, “the dark side clouds everything. Impossible to see, the future is.” 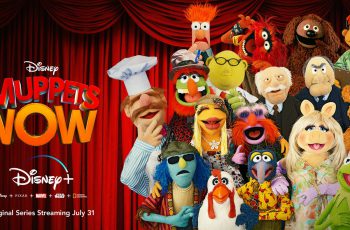 The first Muppet Show premiered back in 1976. It ran … 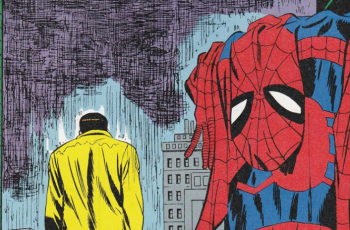 I’m not here to lay blame, point fingers, or say …