Fan bases all over tend to think they have a great deal of power in the movie verse.  Fans fuel Comi-Cons around the country.  They can definitely drive a movie over record breaking amounts, but fan bases generally do not have the box office drive they think they do.  No, fan power can be far different….and far darker.

Ahmed Best recently opened up about what Jar Jar, and the subsequent backlash from fans did to him.

“20 years next year I faced a media backlash that affects my career today.  This (see pic above) was the place I almost ended my life.  It’s still hard to talk about.   I survived and now this little guy (his son)is my gift for survival.  Would this be a  good story for my solo show? Lemme know.”

Ahmed has received support and encouragement from fans and others in the entertainment industry, including Rian Johnson.

AHMED BEST NOT THE ONLY ONE ABUSED

Ahmed is not the only actor to be bullied and harassed into mental problems.  Jake Lloyd was just a child when he was selected for the role of young Anakin Skywalker.  A child went out to do his job.  What he received was a backlash so intense that it caused problems for years afterwards.  Later diagnosed with Schizophrenia, Lloyd would be arrested on several counts.

Hayden Christensen was a young up and coming actor.  He had just received a Golden Globe and Screen Actors Guild award for his role in Life as a House.  Fan harassment after the prequel movies, shut down his acting career.

In more recent times Rian Johnson has been harassed endlessly about his treatment of episode 8.  Kellie Marie Tran has been hounded for her performance as Rose in The Last Jedi, causing her to shut down her Instagram.  Christopher McQuarrie has said he wants nothing to do with Star Wars after witnessing fan hate.

It’s time the Star Wars fan base figured out what kind of fan base it wants to be.  While largely a good fan base as most are, does the side filled with hate control the title and impression of what a Star Wars fan truly is.  Darkness thrives when good does nothing.  The good cannot stand quiet and let the haters and harassers dictate the future.  Dislike movies, but do not hate the people.  Let’s not ruin any more lives because we are displeased over a movie.

I honestly can’t think of much that was wrong with … 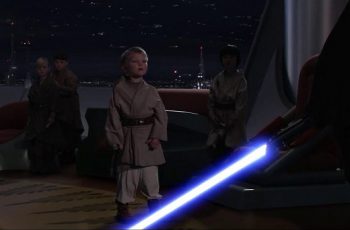 Let’s face it: when Anakin Skywalker went to the dark …