Several years ago, now defunct Visceral Games, owned by EA Games, was involved in working on a linear Star Wars game, by developer Amy Hennig. Hennig said at the time, that the game was going to be “a heist story that focused on ‘scoundrels in space'”.  Since then, a lot of changes have been made. First of all, Visceral Games no longer exists, as EA had killed that part of their company. Secondly, that game has been trashed and no longer will be developed as a linear storyline game. And thirdly, Amy Hennig no longer works for EA, as she stepped down from the company and is currently building an independent gaming studio working on VR games.

EA Vancouver is now currently developing an open world Star Wars game, and there could be good news on the horizon in regards to her defunct Star Wars game. While Amy Hennig is no longer with EA, the characters and a lot of structure of the game remain at EA. What does this mean? It means that a lot of the characters that were to appear in her linear game, could now live on in the still to be made open world game. For gaming fans, this is a good thing. While the characters and possible assets that will make it’s way into the new Star Wars open world game remains a secret, this means we will get to see a lot of what she was working on appear in an open world format, which gives the developers plenty to work with.

EA says it was always it’s plan to keep a lot of the best stuff from Hennig’s game, which consists of 3 terabytes of artwork that is still available to be used, with tons of assets and characters that she had created for her linear Star Wars game. What does that mean for the open-world game in production at EA Vancouver? It means quite the large amount of possibilities for quests, adventures, and unique characters to interact with in the new game. And in an open-world game, especially one set in the SWU, and in an era where that genre is HUGE, (Assassin’s Creed, Far Cry, Just Cause, Fallout, Elder Scrolls, etc.), the more the merrier…and the bigger the world, the more to do, and the more characters to engage with, the better.

Amy Hennig, who got her start in the gaming industry working on the Nintendo Entertainment System, is an American video game director and developer.  She formerly worked for Naughty Dog, which produces such amazing games as “Uncharted” and “The Last of Us”, and also for Crystal Dynamics, where she primarily worked on “The Legacy of Kain” series. Even with just those few listings on her resume, it shows one, she knows what she’s doing, and two, that she had some pretty good ideas going for her linear Star Wars game, and that means we should be in store for good things in the open-world Star Wars game, if in fact her stuff is used. Here’s hoping it is. Are you looking forward to the new Star Wars open world game? Happy gaming, and as always….

May the Force Be With You!!

Walt Disney Co. is currently in the process of attempting … 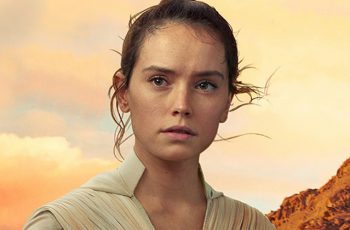 Late last year we wrote about the so-called “Star Wars …