The seventh season of Arrow is going to shake the show up quite a bit, after the ending of Season 6 with Oliver Queen being sent to jail. But we know eventually, our Emerald Archer will be getting out at some point to continue his mission. As Season 7 is looking to gear up for production later this month, new roles are still being cast for the new season.

Today, That Hashtag Show is excited to reveal once again some of the new players who the creative team are adding this season. To kick this off, we have “Dover”, a male in his 30-40s who is teased as a physically intimidating player. Even though he may not be the brightest person in the room, anyone who is in his presence will feel incredibly small. Whether or not “Dover” is a cover name for a DC character or not, he will be recurring this season.

Next is “Leah”, a 30-something woman who is a world-class mercenary who was born to be a leader. Don’t mess with this one because once you see what “Leah” has in her toolbox of skills, you will see why those are known across the world.

Last, but definitely not the least we have another recurring character, “Angeline” who may be something we should pay great attention to. Described as a diverse woman in her 30s, she is a fierce fighter despite of her smaller stature. Not only is she experienced in stealth, “Angeline” is able to wipe out buildings filled with foes all by herself before she is gone like a ghost. It will be made very clear that “Angeline” thinks incredibly highly of her work.

Back in May, Arrow star Stephen Amell and CW President Mark Pedowitz made the announcement at this year’s Upfronts that Batwoman would be making her Arrowverse debut in this year’s crossover. Not only will we see Kate Kane show up, but also Gotham City. We at That Hashtag Show believe that there is a chance that “Angeline” could be a cover for the Batwoman character. The description of her fighting skills matches how most of the Bat-characters are and who does the whole “disappearing like a ghost” act better than the Bat-family.

It’s always possible that it could be some other DC character or even an original one. But given the fact that Batwoman is coming to the Arrowverse this season, it’s always possible that “Angeline” is her. It would also make sense to perhaps have Kate recur for a few episodes on Arrow before getting to the actual crossover. At this point, no specific story details about Batwoman’s arrival have been revealed other than that she will be in the big 4-show event. Only time will tell who this character is, as we’ll hopefully learn more at this year’s San Diego Comic-Con.

But in the meantime, let us know in the comments below who you think these mystery characters are? Could “Angeline” be Batwoman and if so, who do you want to see play her? Be sure to stay tuned here at That Hashtag Show for everything trending in geek pop culture!

We know that the upcoming 7th season of Arrow, set … 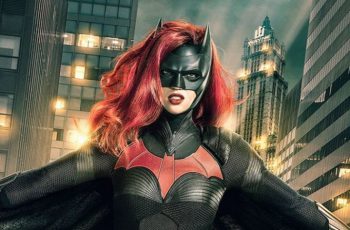 Ruby Rose announces her decision to leave The CW’s Batwoman! …