Star Wars: Episode IX is the time for Finn to shine. It has to be. Let’s face it, the former First Order stormtrooper really hasn’t added much to the cause thus far.

We were first introduced to FN-2187 at the very beginning of The Force Awakens. At that time, he had a crisis of conscience during the raid on Lor San Tekka’s village on Jakku. It was only his cowardice and drive for self-preservation that caused him to aid Poe Dameron. After their escape from the First Order, it was a fortuitous fluke that connected him with Rey and BB-88.

Once the droid was in Han Solo’s hands, however, Finn was ready to bolt once again. He was only drawn back into the fray because of what amounted to little more than an adolescent crush. He was sweet on the pretty orphan girl he’d just met.

Will Finn Step Up in Episode IX?

Finn even admits that he only helped Han and Chewie get to Starkiller Base to search for Rey; Han had to remind him that the galaxy was counting on them. Only then did Finn finally seem to focus on the greater task at hand.

After falling victim to Kylo Ren’s wrath, Finn doesn’t awaken until well into the first act of The Last Jedi, and again his thoughts turn to Rey and the desire to flee. Literally stunned into action, he flies off to Canto Blight in an utterly fruitless endeavor, only to eventually be caught and even defeated by Phasma.  Another stroke of sheer luck via a well-place elevator lets him escape to at least attempt redemption by destroying the First Order’s battering ram cannon. (He was unsuccessful, granted, but we can blame that one on Rose.)

Now, with the Resistance in shambles, Finn has the opportunity to step up, and must do so together with Rey and Poe, to be the spark that will light the fire that will burn the First Order down. Perhaps being reunited with Rey, and the hint of romance with Rose, will be enough to fan that flame. 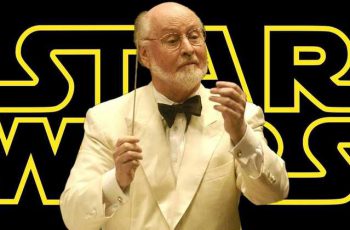 Get ready to be jealous. Legendary Star Wars composer John …