#3 Return of the Hutts

Beckett put Solo’s future in motion when he referenced Jabba on Tattooine.  We all know Han not only starts working for Jabba, but has a pretty good relationship with him.  You don’t step on Jabba’s tail and negotiate Jabba down the way Han did without being a great asset.  Jabba even says Han is one of the best.  Solo 2 would let us see this relationship form.  Of course It would be easy to work Boba into the Jabba scenes as well.  When Boba anticipates Han’s landing claw technique. this suggests that, even though Boba had seen it before, he has an understanding of how Han thinks.  Who wouldn’t want to see Han and Boba fighting side by side in a ground battle, or better yet have Slave I and the Falcon flying side by side in a space battle.

The Fourth of July is kind of a big deal … 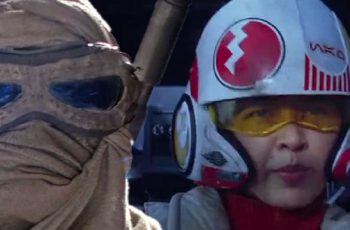 Jessica Henwick may not have gotten the Star Wars role …