Solo has made about $213 million so far in the domestic box office, $388 million world wide, and currently sitting in the six hole for movies this year.  While a great many films would kill to make that much money, for Star Wars that is failure.  Solo’s failure however, was not of its own making.  It was released on the heal of a controversial movie in the Last Jedi.  It was within a few weeks of the year’s powerhouse, Infinity War and the week after Deadpool2.  Everyone thought that the limited campaigning was due to its closeness to Last Jedi when in fact it was because of its proximity to AVENGERS!  Iger did not want anything taking away from Avengers: Infinity War.  I don’t care who you are, no movie will do well in these conditions.

Also you have the fact that Ron Howard was having to remake the film at the last second with little to no time and a budget of basically two movies tacked onto it.  Either give Ron another chance and give him the time to make the film right, or find another director.  Given the gangster nature of the film maybe someone else would do, but Ron wasn’t the problem with the first one.  Given the realistic budget and time to work things as they need to be instead of what you can do with what time you have left, would be huge.  Solo was far better than its box office.  A second one would prove this.

As if the Empire, First Order, bounty hunters and death … 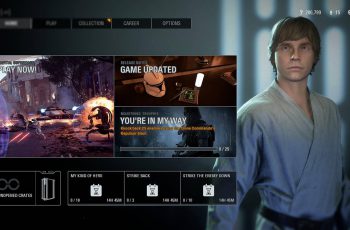