Perhaps Disney isn’t steeped in the Dark Side, after all. Recognizing one of its biggest missteps upon taking over the Star Wars franchise, the studio is now righting a past wrong  with its Clone Wars revival by delivering to fans the final season of Star Wars: The Clone Wars they’d wanted all along.

When Disney acquired Star Wars in 2012, Star Wars: The Clone Wars had already established itself as canonical pillar of the franchise.  It was to everyone’s surprise, and dismay, that Disney cancelled the show. It did so in favor of beginning a new story arc with Star War Rebels. Despite the eventual fan adoration and critical acclaim Rebels achieved, we were always left feeling as if a piece of Star Wars was missing. For many, The Clone Wars series ended the moment Ahsoka Tano walked away from the Jedi Order at the end of Season Five.

The truncated sixth season did provide some insight into the eventual clone mutiny we saw with the execution of Order 66 in Revenge of the Sith, but it just wasn’t enough. As Stephen M. Colbert (not that Stephen Colbert) of Screenrant notes in his slant on the subject, “The Clone Wars has been at the core of almost everything the franchise is doing.”

He’s not wrong. With Star Wars: Rebels, Dave Filoni continued weaving the storytelling tapestry he’d begun in 2008 with The Clone Wars. He did that by incorporating characters like Ahsoka, Rex, and Saw Gerrera into the fast-forwarded timeline. So too did Solo: A Story Wars Story, by giving us a glimpse of Maul and confirming that the Emperor did indeed have a use for him after the events of The Clone Wars Season Five episode The Lawless.

The Clone Wars left the airwaves with an episode fittingly titled Sacrifice. It did so with a good number of story arcs left unfinished, and many questions remaining unanswered.  A Clone Wars revival rectifies that, and Disney seems to have heeded the fans’ outcry for more. Now comes the hard part: waiting. 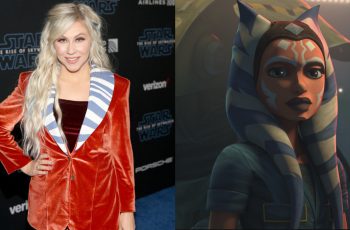