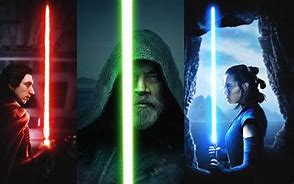 Production is officially underway for Star Wars Episode 9: “trIXie,” or so the working title goes.  JJ Abrams is known for his Fort Knox style and secrecy on his sets, yet secrets slip.  Perhaps he needs to listen to Tarkin more.  On the set of Star Trek: Into Darkness, it leaked that Benedict Cumberbatch was indeed playing Kirk’s arch rival, Kahn Noonien Singh.  JJ denied this adamantly, but in the end the leak was correct.

Well we have our first little tidbit from the sets of Episode 9.  An unnamed source (take it with a grain of salt), says the following: “Mark Hamill will be shooting scenes at Pinewood Studios in the UK with both Adam Driver and Daisey Ridley.  The set for the scene is being specifically constructed for Hamill, Ridley and Driver.”

Oh spoilers beware!  Ok maybe not.  This rumor can fan speculation for sure, but in the end the possibilities are so broad it doesn’t really tell us much more than what the casting announcement told us. Will he be with Rey?  Will he be with Kylo? Will all three being partying it up at Canto Bight?

WHAT COULD IT MEAN?

Let’s try and sort out the possibilities.  We know all three are in the film.  Fans have speculated since The Last Jedi that Luke would most likely be back.  The casting list confirmed the speculations.  The puzzling thing about Mark Hamill has been his appearance.  Mark “bearded up” long before production of episode 8.  So far he has only been seen clean shaven, not even the goatee.  What we know is force ghosts can have a different appearance from when they passed on.  Whether you want the canon version of Hayden Christiansen or the legend version with Sebastian Stan, Anakin went from his scarred, mechanical form to full human body as a spirit.  Beard may not make a difference.

Will Luke’s ghost show himself to Rey.  I’m pretty sure this is a given.  Rey could use some Jedi pointers, but Yoda said she pretty much knows what she needs to know, much like Luke after Return of the Jedi.  While we all want Luke back, I honesty don’t know what use he will really be?  Let’s hope JJ has a great use for him.

Will Luke appear to Kylo?  The answer to this one needs to be no.  A yes answer causes issues.  With his final line being “I’ll see you around, kid,” I would love to see Luke’s ghost tormenting Kylo.  That would be the best use of Hamill’s talent.  Imagine those two interacting with Luke doing nothing but driving Kylo crazy.  Here is the problem.  So far canon shows that only Jedi have learned to become force ghosts and so far they have only appeared to other light side users/Jedi.  Kylo seeing Luke would rewrite canon.  I am not opposed to this as long as JJ has answers for it.

The other possibility is that Kylo is seeing Luke because he has turned to the good side.  I will be extremely upset if this is the case as it will be lazy, child writing.  If Kylo is redeemed, all they did was remake Return of  the Jedi.  If that can in any way be argued, JJ’s career will be over as that will be his third copied movie in a row.

Is there a way Rey and Kylo could be squaring off and Luke is also there? Again this I doubt.  Yoda and especially Kenobi were adamant they could not interfere in the fight between Luke and Vader.  I don’t see it being possible without breaking ghost canon.  Then again we don’t know a whole lot about the ghost thing in the new canon world.

One final possibility is a flashback now that JJ has introduced that into the Star Wars universe in The Force Awakens.  Let’s hope Luke is used in more than just a flashback.

It will be fascinating to see how this all plays out.  Only a little over 503 days more to go….