Walt Disney Co. is currently in the process of attempting to buy back the television broadcast rights from AT&T’s Turner Broadcasting, which were initially sold back in 2016. Disney is looking to bolster the offerings on their upcoming streaming service, with the Star Wars films acting as an anchor.

According to two anonymous sources who spoke with Bloomberg, Disney made preliminary inquiries about reobtaining the rights, but Turner responded with resistance. Currently, Turner has the rights to broadcast the films on its cable networks and online until 2024; they paid upwards of $275 million in 2016 to gain access to the original six films, in addition to the newer releases. As recompense, the company would want additional programming to replace the films, along with financial considerations. At this point, the talks have stalled at the initial inquiry.

While selling broadcast rights was common practice for many years, the success of companies such as Netflix has changed the landscape. In years past, studios would sell broadcast rights to premium and basic cable networks to further monetize their films. Now, companies such as Disney are looking to emulate the success of Netflix by building their own streaming services. Unfortunately, they’re running into the roadblock of not having access to many of their most popular films, often for many years.

Disney’s attempt to reacquire the Star Wars broadcast rights is not at all unexpected or surprising; they’re looking to enter the streaming market running and need a solid anchor – such as Star Wars – to entice people to subscribe. Although the media giant is not hurting for content, becoming the sole streaming provider of all previous and future Star Wars films would help ensure their fledgling service is successful right out of the gate.

Author Timothy Zahn will be the first to tell you: … 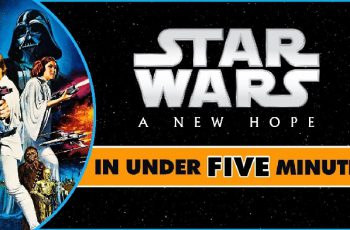 We all know that one person who, when you gush …