The Chinese market is usually a box office boom for American film studio blockbusters, helping revenue for movies like Avengers: Infinity War to climb into the billions. So why is it then that Star Wars: The Last Jedi and Solo: A Star Wars Story were such major Chinese box office bombs? Rogue One’s Donnie Yen has an idea.

During a recent interview with JoBlo on various aspects of Yen’s career, the Hong Kong-born actor was asked flat out why Star Wars does so poorly in China. The reason, he believes, is cultural; his answer suggests that the greater global reach of something like Marvel Comics tips the box office coffers more in those films’ favor:

Marvel is a lot easier to understand. Star Wars, there’s a whole universe out there. Marvel, from the costumes, to the music, to the idols, to the stars, it’s much easier to close the gap between the film itself and the audience. “

He doesn’t appear to be wrong. Films having their basis in other media, such as Warcraft, as cinemablend points out, tend to fare far better in the eastern market. Star Wars, despite its deep and revered culture here in the west, just doesn’t resonate at the Chinese box office. As Yen points out, it boils down to the fact that “Chinese audiences didn’t grow up with Star Wars culture so unfortunately it didn’t work.”

While the fact that The Last Jedi did poorly in China is certainly disappointing for Disney and Lucasfilm, I don’t think they have much to worry about if Star Wars doesn’t draw the same crowds overseas as it does domestically. With the recent announcement of the Disney-Fox merger, and the fact that now both the Avatar and Star Wars franchises are under one studio umbrella, it would appear that the studio will be able to maintain its overall box office draw quite nicely.

What Superhero Film Will Smash This Year’s Box Office?

With Solo’s less than impressive box office performance, the fate … 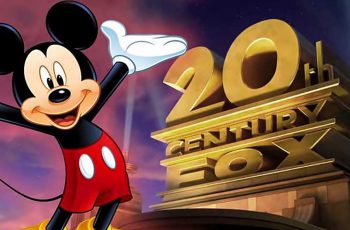