Now that the cast has been revealed and production has begun for Star Wars Episode IX, there’s little left to do but wait for the barrage of theories, rumors, leaks, and any other scraps of information we know are  coming in the weeks and months ahead.  The biggest question surrounding the final, episodic installment of Star Wars is just how J.J. Abrams plans to wrap up over forty years’ worth of buildup that’s enveloped the Skywalker saga. 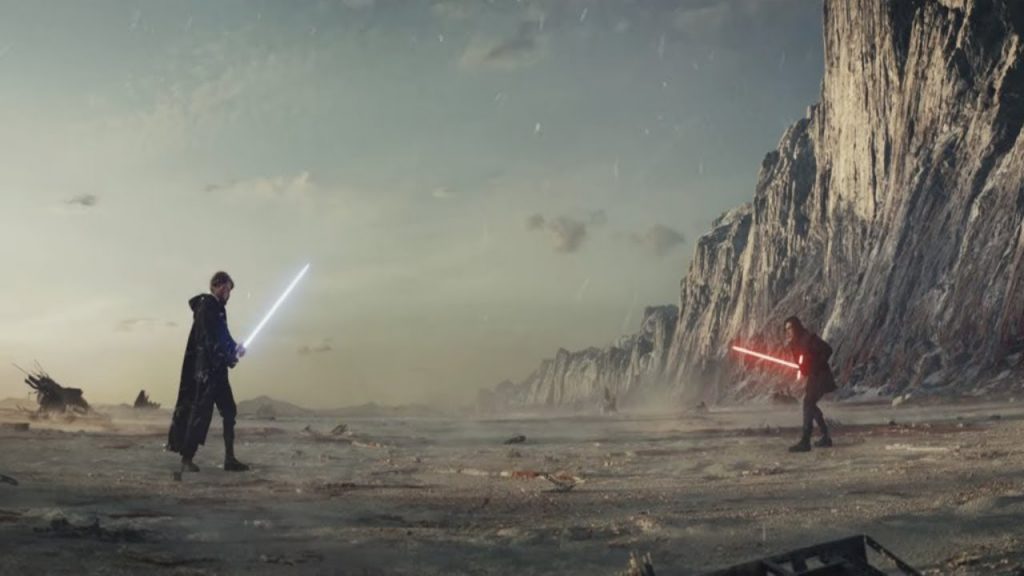 Rian Johnson certainly left the door wide open for Abrams with the ending of The Last Jedi; the seat of the New Republic has been obliterated and all that remains of the Resistance to the First Order has been driven into hiding aboard the Millennium Falcon. With that clean slate, and an abundant wealth of material from which to draw should he choose to, Abrams can do pretty much anything.

In stark contrast to Rian Johnson, Abrams has already demonstrated a deep understanding of the nostalgia surrounding the Star Wars films, and the franchise in general. Were he to draw on that again, Episode IX could be the biggest of all the films. One way he could do it would be by taking Dave Filoni’s lead and incorporating some of the best elements of the Thrawn Trilogy into canon. I am of course talking about the race to acquire the Dark Force known as the Katana Fleet.

In the novel Dark Force Rising, Grand Admiral Thrawn and the New Republic each vie for information smuggler Talon Karrde possesses regarding the lost Katana Fleet, 200 pre-Clone Wars era Dreadnaught-class heavy cruisers. Acquiring those ships would easily turn the tide of any war… a concept that is easily transferrable to the new timeline.

Kylo Ren has an unhinged lust for power, one that he would certainly turn to the Unknown Regions in a quest to rule. Enter Lando Calrissian, answering Leia’s plea for assistance together with his smuggler compatriot, Talon Karrde. They race to acquire the Katana Fleet only to find the Chiss, lead by Thrawn, already there. Thrawn’s loyalty to the Empire was immeasurable, but the question always lingered as to what he would do if required to choose between the Chiss Ascendency and the Empire.

Kylor Ren and the First Order are not the Empire, and Thrawn has no allegiance to Ren. Imagine if this time around, instead of fighting to acquire the Dark Force of the Katana Fleet, Thrawn and the Resistance work together to defeat their mutual enemy and assure peace to both the known galaxy and the Unknown Regions.

It sounds far-fetched, granted, but when you factor in rumors that Richard E. Grant might be playing a live action Thrawn, well…

I guess we’ll just have to wait and see.