Casting has begun for the DC / Warner Bros film Birds of Prey.  The movie is a spin-off of Suicide Squad and will star female heroes and villains from the DC universe.  Cathy Yan is directing, and Margot Robbie will reprise her role as Harley Quinn.

Casting the Birds of Prey

Warner Bros (via ComicBookMovie.com) is looking to cast actresses around the same age as star Margot Robbie.  Currently, Jodie Comer and Vanessa Kirby are being looked at for the role of Black Canary.  Another actress, Alexandra Daddario, is being eyed for the Huntress.

Jodie Comer is an English actress who has played many roles on British television.  She plays assassin Villanelle in BBC America’s Killing Eve.  An MI5 officer, played by Sandra Oh, tracked down the psychopathic assassin. During the series, the two begin a mutual obsession with each other.

Vanessa Kirby is another English actress who played Princess Margaret on Netflix’s The Crown.  Kirby just made her American film debut in Mission: Impossible – Fallout as the White Widow, playing opposite Tom Cruise.

Alexandra Daddario is an American actress who has appeared in multiple films and television series.  She played Annabeth Chase in the Percy Jackson film series, Blake Gaines in 2015’s San Andreas, and Summer Quinn in 2017’s Baywatch movie.

While these are names circulating at Warner Bros, none of the actresses have officially begun talks.

Who are the Birds of Prey?

The superhero Black Canary was a founding member of the group and has been on every iteration of the team.  Black Canary is a crime fighting adventurer who is a world class martial artist.  She can also produce a sonic scream, the “Canary Cry,” that can incapacitate villains or destroy objects at higher levels.  Her civilian identity is Dinah Lance.

The vigilante the Huntress is another member of the Birds of Prey that has been on most versions of the team.  Helena Bertinelli was the daughter of a prominent mafia family.  A mob faction murdered her parents.  So, Helena trained to bring down the mob through any means necessary as the Huntress.  Batman, and the rest of the Bat family, confronted Huntress and persuaded to temper her more murderous impulses.

Birds of Prey: The Movie According to The Wrap, the … 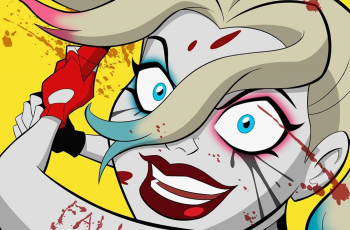 Harley Quinn is getting her own animated series! While Young …