CBS’s sci-fi hit Star Trek: Discovery is entering its second season next year.  Sonequa Martin-Green leads the cast as Michael Burnham, a mutinous Starfleet officer looking for redemption.  At this year’s San Diego Comic-Con she talked about her character’s role in the series and moving forward in season 2.

Learning in Season 1 to Get to Season 2

When asked how the relationships forged in season one will affect Michael in season two, Sonequa said, “Oh my goodness, in so many ways, in every way, in every way possible. I’ve really set upon a path that is brand new to me. That is completely foreign to me.  I made the ultimate mistake, committed mutiny, lost everything, got sentenced to life in prison, was in solitary confinement, came back, got reinstated. It was this… helped win the war that I feel like I had such a big hand in starting.”

“And so, seeing that play out was really inspiring. Seeing it play out in the scripts that I was given, was really inspiring for me as an actor. Extremely challenging, but I thought it was an arc that I could really believe in. And I had to find myself in the people around me.  I think as we’re all doing on the show, is finding ourselves through each other and realizing that I can’t act alone.”

“Just because I have a Vulcan upbringing, that doesn’t mean I know what’s right every moment. And I can’t do something that I think is best for everyone, without everyone being on board with it. That’s not the way to be a leader, that’s not the way to be in Starfleet. I had to learn that. And I learned that through everyone. Now we’re going to be dealing with everything that comes from that. So, it’s exciting.”

Michael Burnham was an orphan whose parents were killed by Klingons.  She was taken in by Sarek, the father of Spock, and became Spock’s foster sister.  Michael joined Starfleet as an anthropologist, helping to understand new cultures encountered in space.  She first appeared on Star Trek: Discovery as the First Officer of the USS Shenzhou under Captain Philippa Georgiou (Michelle Yeoh).

During a tense encounter with the Klingons, she commits mutiny to save the crew and is stripped of rank.  The incident sparks the Klingon-Federation war.  An imprisoned Michael is later recruited by Captain Gabriel Lorca (Jason Isaacs) to the USS Discovery as a science specialist.  Lorca considered Michael an asset in fighting the Klingons.

Sonequa Martin-Green is the first black female to lead a Star Trek television series.  And Michael Burnham is the first leading character that has never been a Starfleet captain.

Before Sonequa Martin-Green joined the crew of Discovery, she was best known for playing Sasha Williams on AMC’s The Walking Dead.  She was also a familiar face on many other television shows.  Sonequa played Courtney Wells on CBS’s The Good Wife, Tamara on ABC’s Once Upon a Time, and Rhonda on Fox’s New Girl. 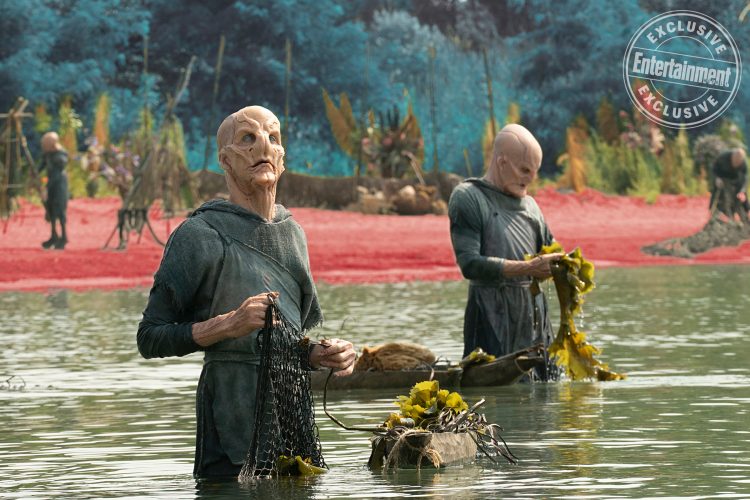 There’s not a whole lot we know just yet about … 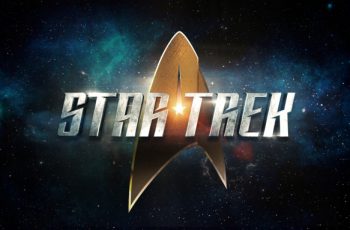