We have yet another rumor from Makingstarwars.net that if true is absolutely amazing and brings all the other actions of Lucasfilm into focus.  Think about what has been happening and what the big news has been lately outside of episode 9.  Then ask yourself – why?!

The biggest news lately is that The Clone Wars tv series is coming back for a final 12 episodes (roughly).  Why would Disney and Lucasfilm bring it back now?  As Filoni has proven time and again, lately with his “space whales” in the Rebels finale, everything is there for a purpose to feed some later plot point.  If this rumor holds true, our latest example of this will lead us to none other than Jon Favreau and his streaming series.  The series will be focused on none other than Mandalore!

Word is that the Favreau series will be focused three years after Return of the Jedi and the fall of the Empire.  The Clone Wars trailer we saw from Comicon, ended with Ahsoka standing besides a Mandalorian.  The final animated shows will focus on the fall of Mandalore and its occupation by the Empire.  The live action show will return to Mandalore after the fall of the Empire and follow the planet as Mandalore tries to “find itself”.  Will it be the peaceful planet we saw in The Clone Wars under the rule of Obi-Wan’s would be girlfriend, Duchess Satine?  Or will it be the militant, power obsessed government Pre Visla was forming?  There is a reason Mandalorian armor strikes fear into citizens of the galaxy.  You can bet no matter which way Mandalore goes, it will have major implications on the galaxy.

Jason Ward from Makingstarwars.net said that at the Comicon panel, he was told The Siege of Mandalore would be brought to the small screen.  Again, while this is a rumor, it makes perfect sense with everything else that is going on.  He also pointed out that while Star Wars Resistance will be pointed to younger audiences, this would help to feed the adult audience.

It would be cool if we saw any of The Ghost and her crew, but that is actually unlikely.  If you go back to the epilogue of Rebels, Sabine talks about the end of the war.  About the tie we think the TV show would start, Sabine is leaving for the unknown reaches with Ahsoka to go find Ezra.

If this holds true, it will make one epic story arc. The big question going into this weekend was could a silly ol’ bear knockoff Mission Impossible.

There’s a new, bold claim out there that Star Wars … 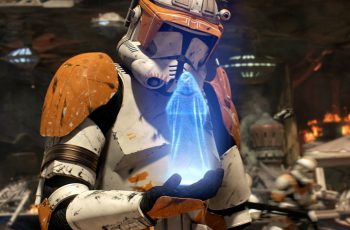 Thanks to our friends over on the Star Wars Celebration …