What the The Last Jedi should have learned from Rogue One.

Rian Johnson tried to follow the Rogue One formula with his interpretation of Star Wars in The Last Jedi, and for a great many fans, failed miserably in doing so. I finally found the perfect analogy for why Episode VIII didn’t resonate with me and many others: Rian Johnson was to Star Wars what pop singers trying to infuse their own stylistic touches are to the National Anthem. It’s not the next single from your new album, it’s the National Anthem. It’s to be honored and revered. Treat it with reverence and respect, and save the stylizing for your own work.

To me, that’s how Rian Johnson treated the Skywalker saga. Just sing the song and don’t f*** with it, Rian. The Skywalker saga is the people’s saga, as the Star Spangled Banner is the people’s anthem. There’s a time and place to be bold and different, like Rogue One, but Episode VIII wasn’t it. Nevertheless, Rogue One can and should serve as an example of how to continue telling future Star Wars tales beyond the episodic trilogies.

Media personalities do and say shocking things. I get it: … 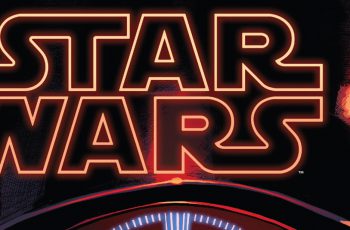 We first heard the call sign “Rogue” way back in …