Any time That Hashtag Show’s own Joe Deckelmeier and Ro Sahebi take to the airwaves, there’s bound to be some spirited debate. This past Sunday night’s show was no exception. If you missed it, you can check it out here:

Topics this week focused mainly on Star Wars Episode IX rumors, such as whether we’ll see a live-action Thrawn. The guys did, however, take a tangential dip in the technological end of the nerd pool; touching on the subject of Marvel/Star Wars/Disney franchise crossovers, they pondered whether or not a lightsaber could cut through vibranium or adamantium. Joe threw down the gauntlet and challenged one of us #taggers to write it up: What wins the Star Wars/Marvel deathmatch, saber, or shield?

Turns out Joe and Ro aren’t the only ones asking the question. According to Nerdist, Twitter user Hannajoe Settlemyre recently tweeted out the same basic query to both Mark Hamill and Chris Evans, a/k/a Luke Skywalker and Captain America. Hamill, ever the diplomat, suggested that if a Jedi were to venture into the MCU, Cap’s shield would prevail:

In the #MarvelUniverse– NO
In the #StarWarsUniverse– Luke wouldn't fight a hero, but if asked to do so, he could cut it into a million little pieces. https://t.co/9fHurwhBNl

If Rogers found his way to a galaxy far, far away however, the saber would slice Cap’s shield into vibranium confetti. Evans cheekily responded that he’d then just use the pieces as vibranium throwing stars:

Annnnnd then Nerdist threw the wet blanket on the whole debate by going all Bill Nye on us, explaining in a video that the extreme heat generated by the saber would eventually melt the vibranium metal, because science. So while Luke couldn’t cut through Cap’s shield, he could, in theory, turn it into a pile of superheated vibranium goo.

I’m going to go out on a limb and guess the same thing would happen to Logan’s adamantium claws… but I would still pay good money to see Wolverine duke it out with Darth Maul.

What else ya got, Joe? 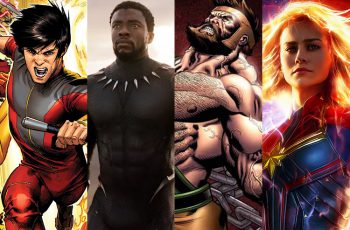 After Avengers: Endgame, the MCU is looking to get a … 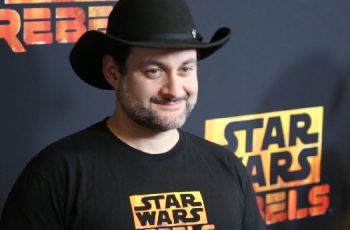 The entire world has changed due to the global COVID-19 …