Antoine Fuqua (Training Day, the Equalizer films) has an impressive resume of action films and it seems as though that resume has put him on Kevin Feige’s radar. According to Fuqua, he and Feige are set to meet in the near future after passing on Sony’s upcoming Morbius solo film.

In a recent interview with Hey U Guys, Fuqua indicated that he’s been contacted by Marvel Studios and will be meeting up with the head honcho himself to discuss possibilities:

“I’ve been approached about it…I’ll probably take some meetings soon, talk to those guys about it[…]For me it has to be the right one, in the right situation because there’s so much visual effects going on and – ‘Where’s the director in it all?’ I need to understand it because it’s like management…they have a machine, they’ve got people, there’s the design, the whole thing is sketched out[…]Is the director doing that? Or is it a hundred other people? Sony asked me to do Morbius. I’m going to have a meeting with Kevin [Feige] soon…Just talking.”

Of course taking a meeting and signing on to direct a film are two very different things, but this could be the first step at bringing one of Hollywood’s best action directors into the fold. There’s no telling what projects they might have lined up or which one might catch Fuqua’s eye. Marvel Studios is currently in a holding pattern with Guardians of the Galaxy Vol. 3 in the aftermath of the firing of James Gunn, has a director on board for their upcoming Black Widow solo film but other than those two films, little is known about where things are headed after Avengers 4 puts a bow on the Infinty Stone narrative. Marvel has dozens of IPs at various stages of development, including a script for The Eternals, so it’ll be interesting to see which of those properties, if any, ends up with Fuqua attached. If Fuqua does find something he likes, perhaps he’ll end up bringing frequent collaborator Denzel Washington along for the ride!

Kevin Feige is a specialist in bringing us the new … 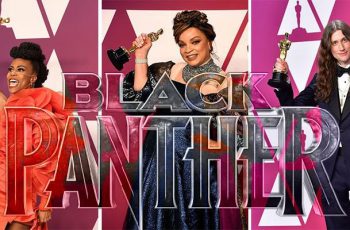 Blockbuster films usually aren’t awards season contenders. However, it was …