Star of CW’s The Flash, Grant Gustin, posted the first official look of the superhero’s new threads.  Earlier this week, a photo leaked of Gustin’s new costume for The Flash Season 5.  Immediately, many viewers began giving negative comments on the costume and Gustin’s physique in general.  This Wednesday, the star replied to his critics on Instagram.

In the tv show’s mythology, the Flash’s costume was originally a hi-tech firefighting suit.  The character Cisco Ramon created the suit from a heavy leather like material and has redesigned it multiple times over the years.  This new suit uses a thinner material that contours to the actor’s body.  It probably allows a greater range of movement and has the benefit of looking more like the comic book’s design.

The new Flash costume seems to follow the current trend of using a combination of materials. Stretchy fabrics allow a greater range of motion while harder surfaces enhance the body’s shape and also look like body armor.  Designers newly sculpted the suit’s cowl, removing the chin strap so Gustin can move his head more in The Flash Season 5.

The Problem with Superhero Costumes

For many years, most comic book artists drew the heroes as a naked figure with details added to create the superhero’s “suit.”  So, this has made it nearly impossible to create a comic book accurate costume.  Many stretchy fabrics like spandex distort a wearer’s muscle tone.

Even though TV’s most famous Batman, Adam West, was in shape, the costume hid his muscle tone and gave him a “dad bod.”  Modern Superman costumes often use inserts to enhance the actor’s muscles.

A candid photo of Gustin wearing the new costume leaked online.  The picture has since been taken down, but viewers chimed in instantly.  Many commented on the poor fit of the costume, while others criticized Gustin’s body as too thin.  The posts ranged from concern for his health to cynical assumptions that the star was starving himself to attain an impossible Hollywood ideal.

This past Wednesday, Gustin responded to the comments on his Instagram account.  While critics remain, his post has garnered a lot support from the fans of the show and readers that agree with his message. He wrote, “[So,] here’s the thing about this [b******t] photo leak.  It’s a cool suit.  That’s a terrible photo that I was unaware was being taken, much less being posted.  Some things need work and they will be worked on.  We’ll get there.”

He continued, “As far as the body shaming.  That’s what pisses me off.  Not even just for my sake.  I’ve had 20+ years of kids and adults telling me or my parents I was too thin.  I’ve had my own journey of accepting it.  But there’s a double standard where it’s ok to talk [s**t] about a [dude’s] body.  I do my best to stay in shape and add as much size as I can [throughout] these seasons.  I’m naturally thin, and my appetite is greatly affected by stress.  Stress is something that ebbs and flows for me throughout a season.  Thus, gaining weight is a challenge for me.”

The Dream Job and Role Model

“I didn’t cast a slim actor as The Flash.  I went to an audition for a role I never dreamed I’d actually book.  But, here I am 5 seasons later.  I’m happy with my body and who I am and other kids who are built like me and thinner than me should be able to feel the same way.  Not only that, but they should be able to feel like THEY could be a superhero on tv or film or whatever it may be someday.”

“I love the suit that has been designed for me, and I think when everyone sees it in its entirety, you will love it too.  Things have been adjusted since that leaked shot was taken, and more things will continue to be adjusted until it feels right.” 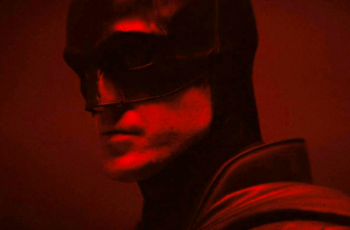 Move over Comic-Con. There’s another fan extravaganza in town. DC …