Jude lives the same day over and over without any change. However, one day he decides to do something different and learns why he lives the same exact day on repeat in The Life After.

The life of Jude is the same miserably mundane life a lot of people experience.  He is stuck in a dead-end job with no friends and no future. On his bus ride home, he sees a red-headed woman and as she exits the bus she drops a handkerchief every day. Jude always wants to pick up the handkerchief, but can never do it.

However, one day he is able to bring himself to do it.  Jude follows her off the bus and calls for her to stop, but she keeps walking. When Jude steps off the bus his world turns from modern to the 1800s.  She keeps moving away and Jude keeps following her. He follows her home and into her room. Jude puts his hand on her and sees her past and that she killed herself.  Anyone who Jude touches he can see their suicide.

After he returns the woman’s handkerchief he is really confused as to what just happened.  A man approaches him and says they are the only two to have woken up which he knows of.  However, the man is none other than famed author Ernest Hemingway what they have in common is they both committed suicide.

They are in hell and are in the section of hell which houses all the suicides.  The pair work together to find others who have “woken up” and escape hell together.  However, the behind the scenes people in charge have seen that Hemingway and Jude are “awake” and are throwing everything they have at them to stop them before their bosses find out.

The Life After was written by Joshua Hale Fialkov with art by Gabo.  Oni Press published the volume in 2015.

The concept of hell or escaping hell is not new to comics, but it is usually a very dark and scary place.  In The Life After it is bright and just a boring hell.  There is no fire, no pitchforks or torture.  Hell is just a large company with employees with different jobs who want to keep their jobs.

For some reason, I thought this was only a single volume story, but it turns out it is four volumes and I am so delighted.  This was a fantastic volume from beginning to end and I can’t wait to read more. 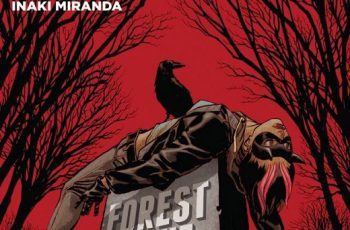 The Coffin Witch lives in the woods and Eve Coffin … 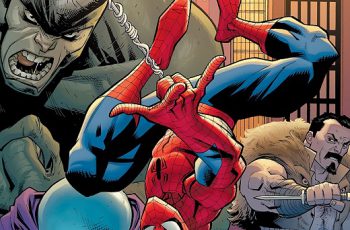