With its release right around the corner, Ralph Breaks the Internet, even more details are emerging about the newest animated release from Disney! Disney’s follow-up to the huge hit, Wreck-It-Ralph sees the titular character and sidekick, Vanellope Von Schweetz reuniting to find Vanellope a new game to replace “Sugar Rush.”

The pop culture influenced franchise leans hard into that and borrows heavily from the Disney canon during this outing – when Ralph and Vanellope crash into the internet via the ‘Oh My Disney’ portal, they encounter all of Disney’s biggest properties; Star Wars, Marvel, the Muppets, Pixar Animation, and literally ALL of the Disney Princesses. To top of the Princess Party, all of the surviving original voice actresses return to voice their beloved characters, including Jodi Benson (The Little Mermaid), Kristen Bell (Frozen), Anika Noni Rose (The Princess and the Frog), and more!

Along with the original Princess voices, the film also includes the voice talents of Taraji P. Henson (Empire) as a Siri like guide to the internet called Yesss. The Academy Award nominated actress isn’t the only new addition to the Disney family – it was just announced this weekend that Gal Gadot (Wonder Woman) will be joining the cast of the animated feature! The cinematic heroine will be voicing a new character called Shank. Shank is a “tough and talented driver in an intense and gritty online racing game called ‘Slaughter Race”. Shank sounds like the answer to Wreck-It-Ralph’s Sergeant Calhoun.

Thanks to Disney’s recent casting announcement, we know that Carrie … 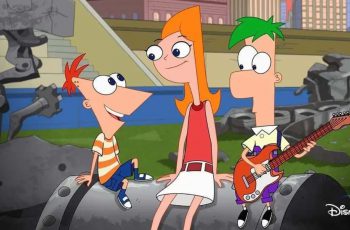 There’s a whole lot of stuff to do before school …