One-Punch Man is coming back to television!  The information for the new season was recently posted (via animate Times) including the show’s staff and list of cast members.  A key visual and teaser trailer for next year’s show was also posted.  The new season hits April 2019.

What is One Punch Man?

The One-Punch Man anime is the adaptation of a manga, written by One and illustrated by Yusuke Murata.  The manga itself is an adaptation of a web comic written and drawn by One, started in 2009.  It tells the story of an ordinary guy, Saitama, who becomes a “superhero for fun.” After intense training, he gains the power to destroy any opponent in one punch.

One-Punch Man creates its tension through a large cast of secondary characters.  Superhero’s inspired by honor, money, or fame.  Each hero risks their life defending the 26 cities of an alternate Earth.  One-Punch Man is so low key, most heroes do not know he exists.  Or that he deserves the credit for defeating the world’s greatest threats.

The end of season one saw Saitama stop an invasion by a galaxy conquering alien fleet.  Afterward, the rate of villains and monsters skyrocketed.  As a member of the Hero Association, Saitaima and his sidekick Genos, a super-charged cyborg, protect the city while completing mundane like shopping, cooking, and playing video games. 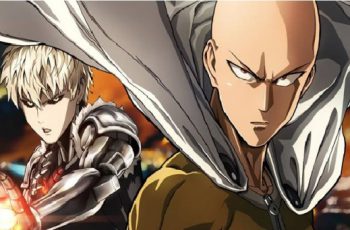 Fans were excited to see the latest episode of One …