By the time the events of Star Wars Episode IX will have come to pass, Chewbacca will easily be pushing two hundred and fifty years old. First,  the wookiee warrior lived through two centuries of the Republic. Then he survived its downfall and the Clone Wars. After that, the Empire.  Through the Rebellion he perservered, as well. Even through the rise and fall of the New Republic, and now the First Order and the Resistance. So what does life have in store for Chewie when the last Star Wars episodic trilogy comes to an end?

When one exists for as long as Chewbacca has, it’s hard to imagine what’s left in life for him to experience. He’s walked and fought side by side with the Jedi, after all. And that was years before he’d come to encounter a young would-be smuggler in a muddy pit on Mimban. In Solo: A Star Wars Story we finally see on screen that first meeting between Han Solo and the wookiee.  Perhaps we even saw the events that lead to the life debt Chewbacca would swear to the scruffy looking nerf herder.

That life debt, one considered to be repaid by Han’s helping to free Kashyyyk from the Empire’s slavery during the events of the Aftermath trilogy of novels, evolved into more than just obligation. The friendship between them grew into a bond. That bond was stronger than the life debt that bound them together ever would be. It even reunited them sometime before the events of The Force Awakens.

That relationship extended to Chewbacca’s love and protection of Leia. Now, it seems to have encompassed Chewie’s relationship with Rey, with whom Han bonded instantly in a surrogate father’s role, as the wookiee hasn’t left Rey’s side since Han’s death. This also lends some credence to the theory that Rey could be Han’s daughter by Qi’ra. (A fanciful thought, though doubtful, considering the last time Han would have been with Qi’ra was well before Return of the Jedi, which would make Rey a good decade older than Ben Solo.)

What’s next for Chewie?

Chewbacca has more than earned a much needed retirement. By all estimates, he should have another good 150 years to live. Here’s hoping he returns to Kashyyyk once and for all to find a nice wookiee companion with whom to live out his years.  One thing is for certain, though: whatever happens in Episode IX, if Chewie dies, we riot.

There are thousands of Star Wars fan films on YouTube. … 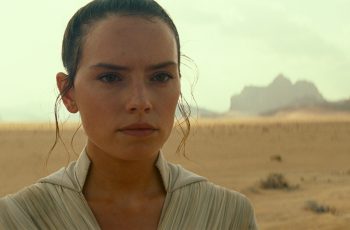 When you devote five years of your life to one …