Do you remember the old saying the enemy of my enemy is my girlfriend is her sister, whose my girlfriend, whose my friend? Wait. What?! That is kind of the situation happening on Mandalore. With Mandalore probably resurfacing in the Clone Wars revival, It was left in quite the mess, both geographically as well as politically. Let us try and recap the Clone Wars Mandalore Story as it was left.

Mandalore was essentially at peace when we first were introduced to it. Led by the benevolent Dutchess Satine, who just happens to be Obi-Wan’s girlfriend, sorta. Ok, we do not know exactly what happened other than there is a deep connection between the two.

PEACE IN NAME ONLY

However, peace does not wipe out the past. Mandalore was a planet rich in warrior traditions. When peace was reached on the planet it came at a cost. The warrior clans were banished to the Mandalorian moon of Concordia. There, their hatred would ferment and finally become manifest in the group know as Death Watch. Mandalore would stay neutral in the Galactic Civil War until Death Watch set in motion plans that would go every which way nobody wanted.

Governor Pre Visla of Concordia would set in motion plans to retake Mandalore proper. One of Visla’s loyal warriors was non other than Bo-Katan Kryze, Satine’s sister. Does that helmet up above look familiar? It should, but we will come back to that later. Death Watch would have repeated set backs, but that would not deter Visla.  He would finally find help in exactly the wrong hands, half a former Sith Lord returned from the dead, Darth Maul.

In Solo: A Star Wars Story we see Maul surface as the head of a crime syndicate known as Crimson Dawn. Back in The Clone Wars, Maul failed at one organization before he and his brother Savage were discovered by Pre Visla. Pre Visla would use Maul’s history with Kenobi to entice them to help overthrow the Satine government. Visla would use Savage and Maul, along with their weak crime syndicate, Shadow Collective, to bomb and terrorize the capital. Satine and her security forces were overwhelmed, and her war neutrality meant the Republic could not help.  In comes Pre Visla to the rescue.  After clearing up the staged violence he instigated, he was soon voted Prime Minister – right where he wanted to be, especially with  Satine secretly thrown in jail.

The enemy of your enemy is your friend only so long as you have a common enemy. At this point Maul and Visla begin to clash in their individual grasps for power. Visla has Maul and Savage arrested and blamed for the terror attacks. Visla thinks he has won, save that Maul finds a useful puppet to act as the face of Visla’s takedown, a former Prime Minister named Almec. The three escape.

Maul tracks down Visla and ritually challenges him for title of Mandalor. Visla possesses the black saber and the two fight on fairly even ground.  Maul is still a force user, which gives him the decided advantage. Maul kills Pre Visla, gains the title Mandalor, and possession of the Black Saber.

Maul now holds the power over Death Watch and Mandalore. All’s good right? Wrong once more. Maul may control Death Watch, but Bo-Katan, Sabine’s sister who never liked Maul, now actively works against Maul and his shadow government. Bo-Katan breaks Satine out of prison and they manage to get a message to the Republic asking for help, but because of Mandalore insisted on neutrality, the Republic will not help.

Enter an old friend, Obi-Wan to the rescue. However, this too goes poorly. Kenobi and Satine are both captured by Maul. In an effort to break Kenobi’s spirit, Maul brutally kills Satine in front of him. Bo-Katan, who once was trying to kill Kenobi and overthrow her sister, now helps Kenobi escape. All out war erupts as Katan leads those of Death Watch who opposed Maul and Visla. Bo-Katan gets Kenobi off planet.

Meanwhile, none of this was what Sidious had foreseen, and he did not want Maul ruining his galactic plans of conquest. Sidious arrives on planet and in a fight of the ages takes on both Maul and Savage. Sidious cackles as he cuts down Savage.  He then dispatches Maul like it was just another day at the office. Sidious takes Maul prisoner and disappears.

Mandalore is now left leaderless and in chaos. This brings us to the trailer.

Remember this helmet from the first picture in this article? The helmets are the exact same, which means that when we pick up the new Clone Wars episodes, Bo-Katan will be working with Ahsoka to help Mandalore find order. Ahsoka is reaching out to Anakin and Obi-Wan for help and to get the Republic involved.  Kenobi’s final words to Bo-Katan before leaving Mandalore were that if the Republic were to return it would mean the occupation of Mandalore.

The following story will be the episodes of the Clone Wars due out when the streaming service launches next fall.

Then if rumors hold true, the Favreau series will then pick up three years after Return of the Jedi. The Empire has fallen and now Mandalore, who was under Imperial occupation, will again fight to find its voice and place in the galaxy. 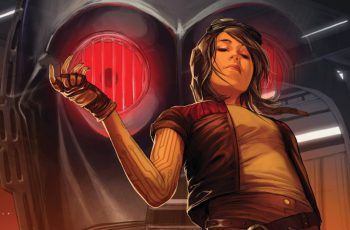