When JJ Abrams made the second film in his Star Trek reboot, he copied Star Trek 2: The Wrath of Kahn (and lied about it).  When he rebooted Star Wars under Disney, he closely copied Star Wars Episode IV:  A New Hope.  Now with Episode 9 now in production, is he going to copy Return of the Jedi?  The latest rumor (and we do stress rumor at this point) suggest he might be.  That may not be such a bad thing.

The latest rumor, coming from Drunk Chicken TV, is that there is a scene strongly reminiscent of Jabba’s palace from episode 6.  If you think about it that really isn’t saying much as almost every film has had some sort of scene where a bunch of ragtag aliens were hanging out.  Here’s the catch.  This scene will indeed be overseen by a Hutt.  Jabba is dead, so is there a Hutt of any relevance to proceed Jabba?  Actually there is.

Let’s back up to 2008, to the greatest of all Star Wars movies, Star Wars: The Clone Wars.  I know all of you watch this movie every night.  Is there a better way to be put to sleep?  OK, so most have you haven’t seen this in years.  In this film we were introduced to Jabba’s child, Rotta.  He was nothing more than a small slug.  After that the little slime ball was never seen again.  During episode 8, Rotta would now be 56 years old.  We also have to factor in the time jump for episode 9.  The little guy would now be over 60, the perfect age to have succeeded his father.

As I stated, this is just rumor, but how well does it fit with what we have been hearing?  Very well actually.  We know the Resistance is in serious trouble.  Their call for help went unheeded at the time of Episode 8.  The Republic is gone and their resources are next to zero.  Where can the Resistance turn to help?  With Lando confirmed, it appears as if scoundrels and the underworld may be their best choices.  The Hutts were a major galactic power in the legends books.  In fact their help was crucial in the Vong war.  We don’t have as much canon material on them for right now, but its safe to assume they are still a major power.  If the Resistance could indeed secure the help of the Hutts, they would indeed have resources across the galaxy, information sources, and weapons galore.

It has also been rumored that DJ (Benicio Del Toro) may return.  His name is not on the casting list that was released so that may be a strike against this rumor, but if he were to return, this would be the perfect way to incorporate him back into the story even after betraying our heroes to save his own skin.

It has been stated that JJ seeks to make episode 9 an inclusion of all the films to this point as it seeks to wrap up the Skywalker story, possibly for good.  This would actually be a great way for Return of the Jedi to be represented in the final film as well as a way to connect back to that mast classic film, The Cone Wars.  I for one would like to see this rumor come true.

Episode IX: What We Know So Far 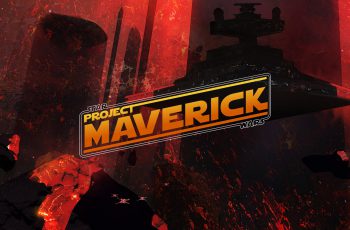 Joe and Ro made some great points on last night’s …