Hii, who is currently starring in the Australian series Harrow, was born and raised in Australia and is of Chinese, Malaysian and English heritage. While there are any number of Spider-Man supporting characters or villains Hii could be portraying (Mister Negative seems to be a popular fan choice at the moment), there’s one character for whom he might be just the right fit: Shang-Chi, the Master of Kung Fu.

While at first it might seem like quite a stretch, Shang-Chi and the Webslinger do have a history together (dating back to 1974’s Giant-Size Spider-Man #2). Additionally, we know that Spidey will be spending a great deal of time in London during the events of Far From Home, potentially putting him on Shang-Chi’s turf. We know that Spidey will come across a team of international agents during his trip and given that he’s on British soil, it wouldn’t be surprising if those agents worked for MI6, an organization for which Shang-Chi has worked during his time in the comics. Perhaps we’ll see Shang-Chi and Spidey team up to take down Mysterio? 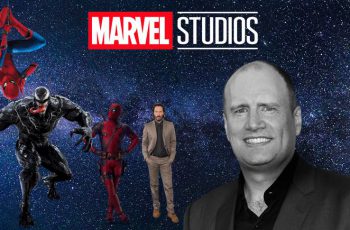