The DC Universe’s Titans (not to be mistaken by the Teen Titans Go!) is a live-action adaptation of the popular Teen Titans comic books which follow a group of young heroes. The show promises to be a darker version of other the successful DC’s TV shows you may see on The CW’s Arrowverse.

According to SuperBros Movies, Don Hall, aka Original Dove, will be revealed in flashbacks as one half of the Hawk & Dove team. One can assume, since actress Minka Kelly (Friday Night Lights) will be portraying the the current Dove, Don will more than likely meet his end before the series even begins serving as backstory and character development of the heroes.

The character of Donald Hall was one of two sons to Judge Irwin Hall. After uncovering a plot to murder their father, Hank and Don took it upon themselves to try and stop it. While locked in a room in the villains hideout, Don shouted, “I wish I had the power to get us out of here right now and go save dad!” A flash of light appeared and the voices of Peace and War told him to say the magic words and he would be granted that power. Don becomes Dove; an Avatar for Peace and Hank becomes Hawk; an Avatar of War.

There’s no official premiere date for Titans, yet. Stayed tuned to That Hashtag Show for more exclusive Titans news!

This week we finally learned more about the upcoming streaming … 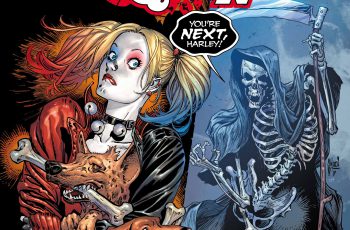 Harley 63 brings us ever closer to the pay off. …