After three seasons of a successful TV show, Warner Brothers executives have decided that it’s time for the Girl of Steel to graduate to the big screen. That’s right, as you’ve surely heard by now, a Supergirl movie is in the very earliest stages of development, with nary a producer, writer, or director actually attached to the nascent project.

The complete lack of hard info on the proposed movie obviously hasn’t stopped Internet speculation from kicking into high gear, as fans wonder how Kara Zor-El will fit into the DC Cinematic Universe. Which brings us to today, August 15th, The Year of Our Lord Two-Thousand-Eighteen, where I have to write about Zack Snyder’s Superman movie from five years ago.

Zack Snyder, of course, is the man whose 2013 film Man of Steel launched DC’s current movieverse, and whose grimdark creative decisions Warner Bros. is now very rightly determined to pivot away from at every opportunity. From Wonder Woman to Aquaman to Shazam!, the DCEU is making a hard turn into movies that are actually fun to watch, so why I’m here about to tell you about something Zack Snyder just said about Man of Steel that has very little chance of ever being relevant to future movies is quite frankly beyond me, but these kinds of editorial decisions are made above my pay grade (I work for free), so here we are.

Anyway, with the aforementioned news of the Supergirl movie fueling the aforementioned speculation, fans have returned to a small detail from Man of Steel that has long been thought to be a hint to Kara’s existence in the DCEU. In one of the hallways of the Kryptonian ship found in the Arctic, there are a series of pods, one of which—as Henry Cavill’s Clark Kent passes by it—is open and empty. The thinking by fans was that this pod once contained Supergirl, and that she was thus out there in hiding somewhere on Earth, waiting for her cousin Kal to lead the way in revealing themselves to humanity.

The empty pod in question

A decent enough theory, but with no definitive evidence of Supergirl’s existence being provided in any subsequent DCEU movie, it has remained nothing more than speculation. Now, thanks to Zack Snyder’s active presence on the social media site Vero, the speculation is at an end and we can put this particular theory to rest in Superman’s conveniently empty coffin.

I don’t even know anymore 🤔 pic.twitter.com/zG2HWYYsaC

Snyder’s comment on Vero was highlighted on Twitter by user Funnel Ferry Butter Bar, then found and originally reported by ComicBookMovie.com (whee; isn’t the Internet fun). When asked point blank by a fan if the open pod was a hint to Supergirl, Snyder indicated it was not, saying instead that “the open pod was something more.”

So now we know that the pod doesn’t have anything to do with Supergirl. What does it have to do with, then? Snyder’s apparently not telling and—as I noted earlier—Warner Bros. doesn’t seem very interested in continuing to utilize Snyder’s ideas, so the odds of this “something more” ever materializing in the DCEU are slim at best.

So what are we even talking about here? Your guess is as good as mine, but when the Supergirl movie finally hits the big screen an indeterminate number of years from now, you can rest assured that it will have nothing to do with anything that I talked about in this article. Until next time, folks. 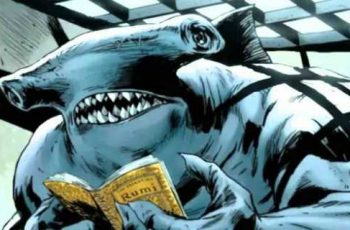 James Gunn’s Suicide Squad is going into production this September, … 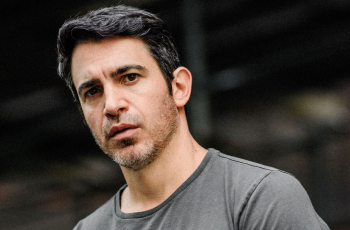 Chris Messina will play Victor Zsasz in the upcoming Birds …